To get things started this month, I have picture of a bunch of the freebies I’ve gotten while learning to coupon. I was able to set it all out and have a lady come pick out what she thought the Nelsons could use for Special Hope Network in Africa. I was thrilled for the stuff to go to someone that could use it and they were thrilled to have some stuff to give to the people they help. 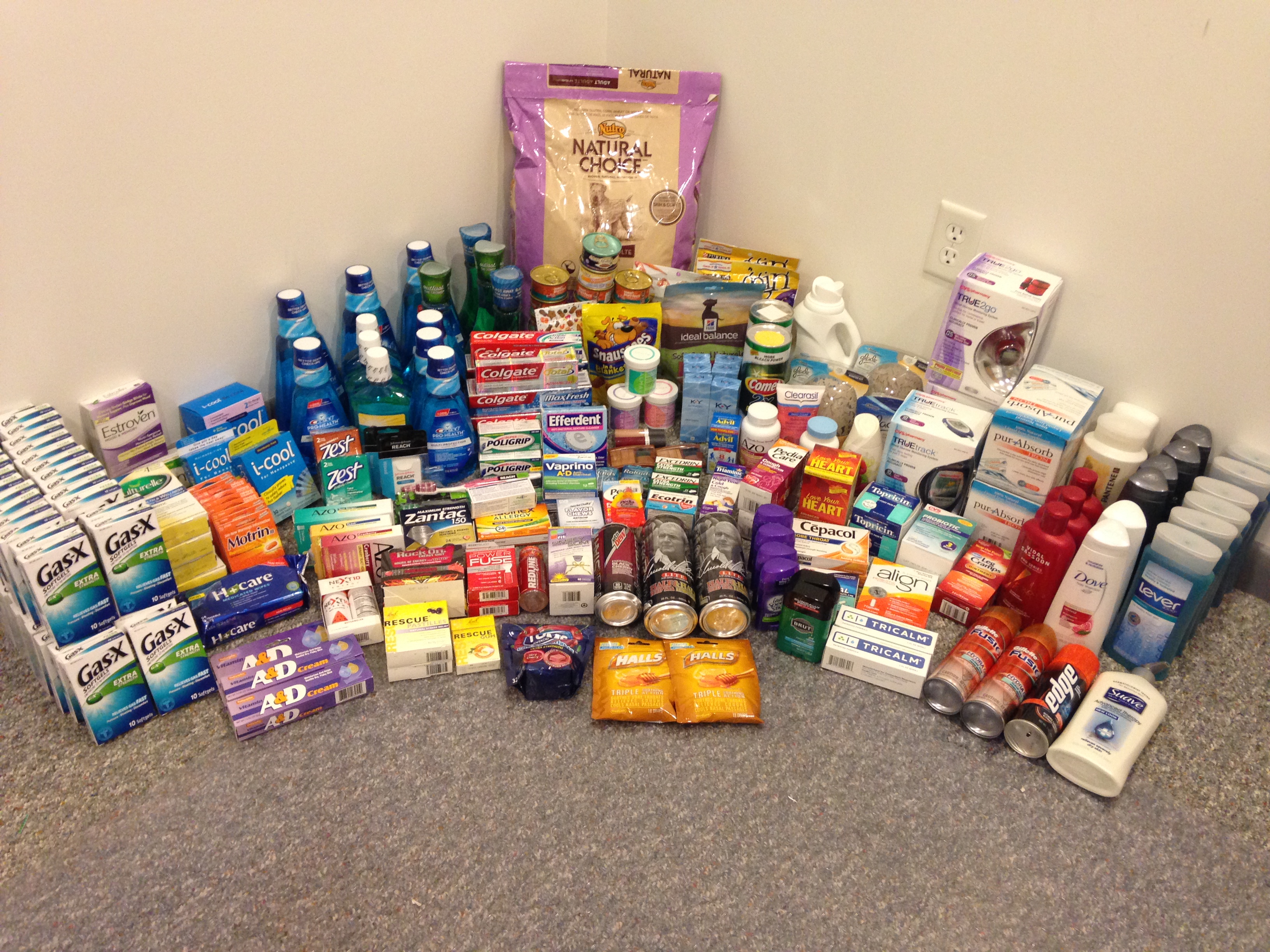 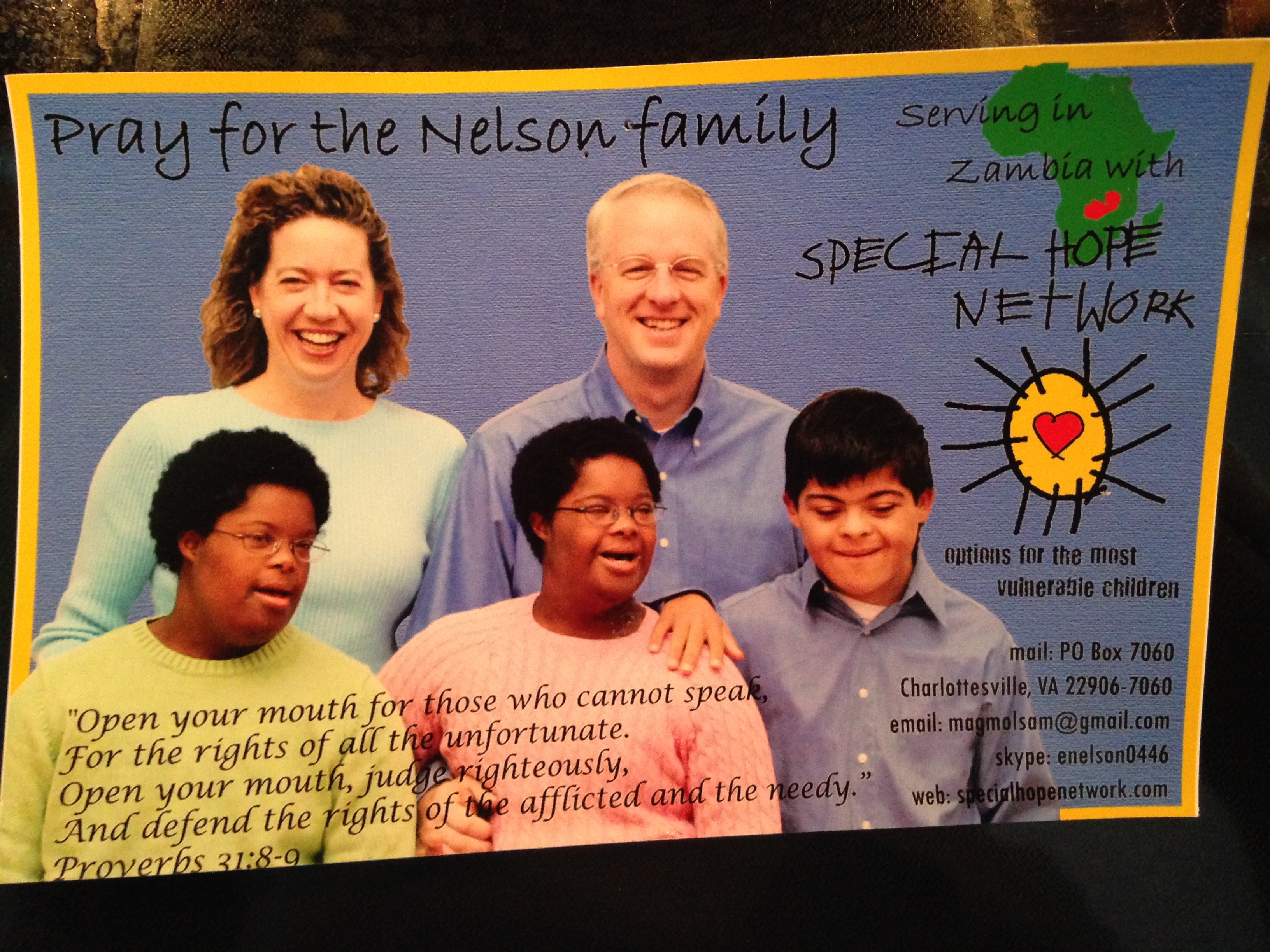 Kolby is feeling awful grown up these days and today he decided to make himself breakfast. So he went and grabbed the container of rice krispies and turned it upside down. Thankfully the air vent was closed in the floor so it wasn’t too big of a deal to clean up. 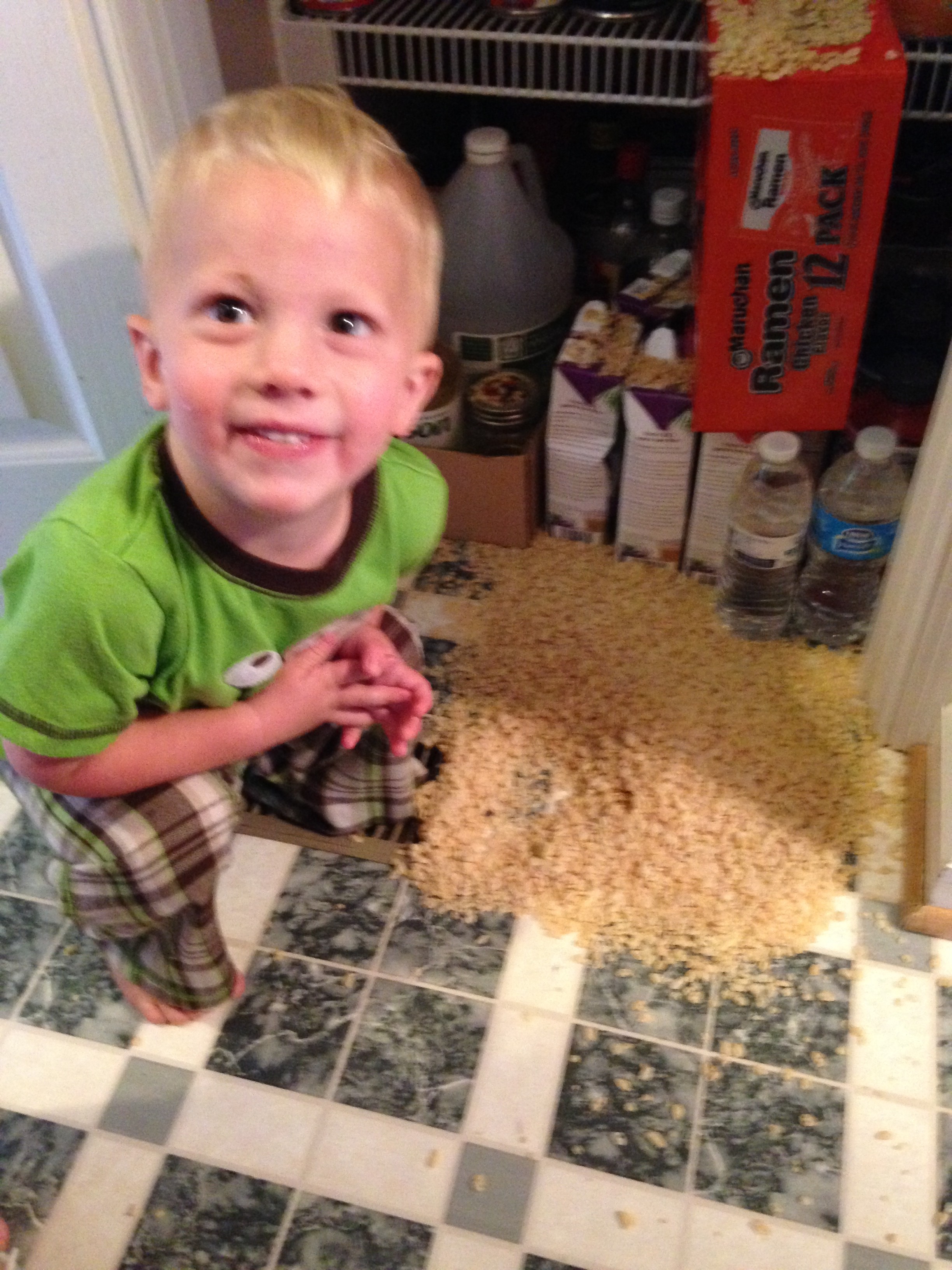 Mr. Proud of Himself

After breakfast it was time to get dressed. Kolby came into my room needing a little help. 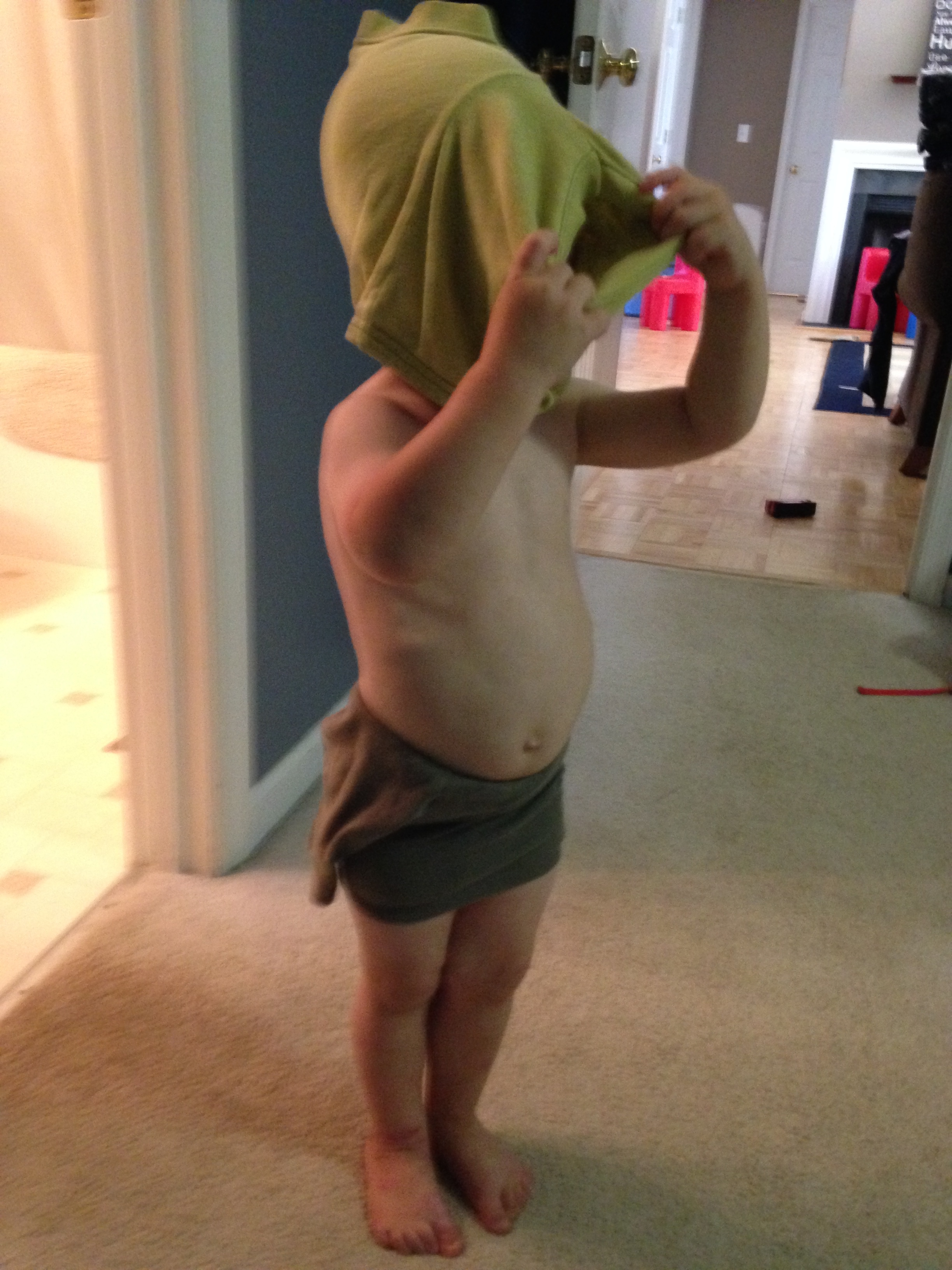 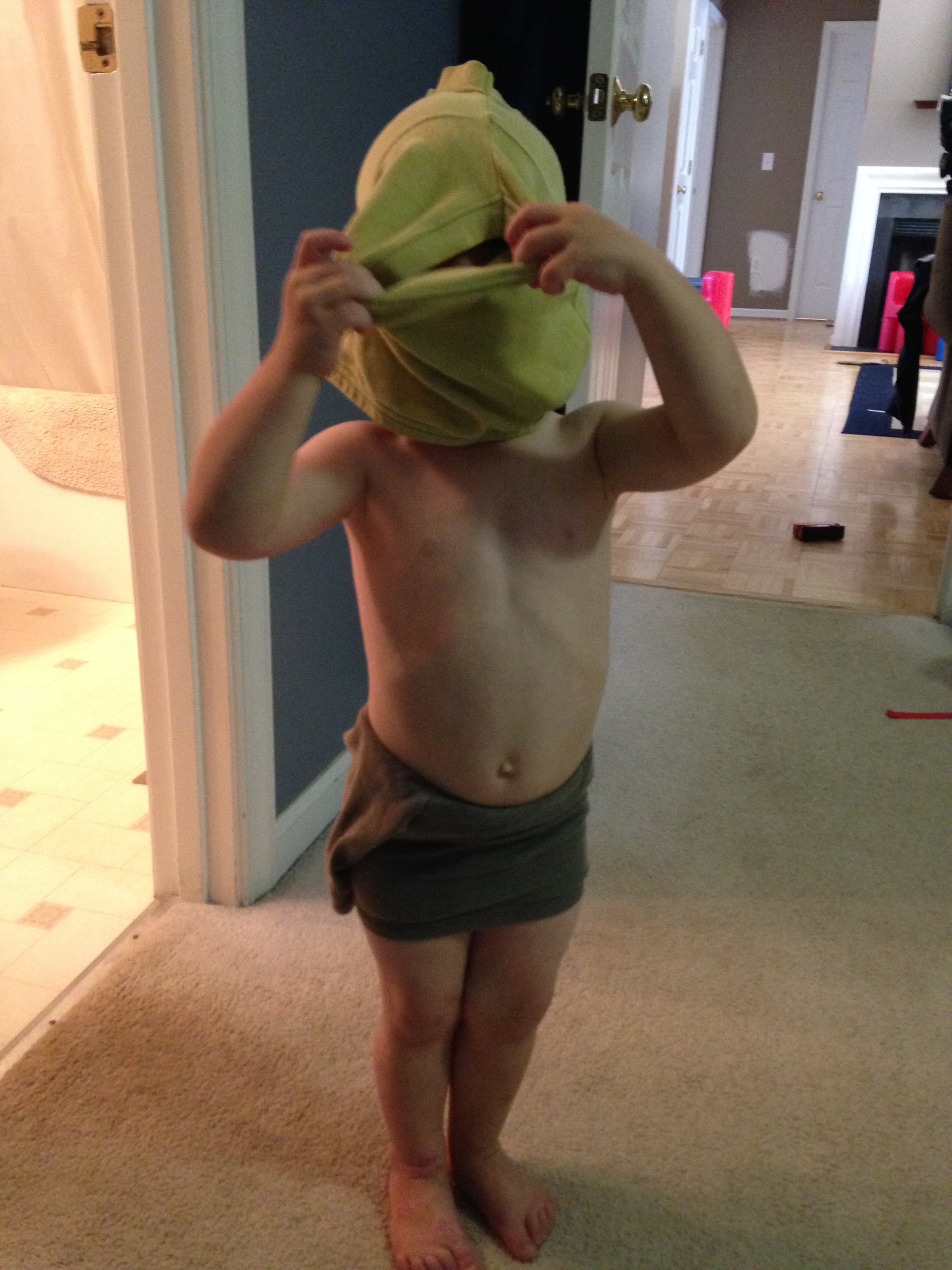 He got so frustrated with the head pair of shorts because they just wouldn’t go down around his neck and let his head through.

Thursday afternoon we headed down to Richmond for the HEVA Homeschool Convention. We were on a quest to find a curriculum for Cooper for school this year. We were looking for a complete curriculum that was online or DVD or something of that nature. Something that would tell him what to do and so I didn’t have to be the one telling him what needed to be done. Upon arriving we realized that Kaylin was getting a bladder infection. I quickly made a phone call to the doctor to see what we needed to do. They thought she should be fine until we finished doing the convention. So we grabbed a snack and then headed to the Expo room. Wow! I had never been to a homeschool convention before (I might have gone to one as a kid, but don’t really remember.) We had fun just looking around, interviewing different curriculums. By the time we finished we had 2 good options in addition to another online academy that we had checked out before the convention. We headed out and grabbed some dinner at Taco Bell on our way out to the ball field where some of the Richmond guys were playing baseball. After the game we went home for the night with Weldon and Lorianne.

Friday, Ches and I took a little time going through some of the literature we had picked up. We talked with Cooper about what option he liked best. We were trying to decide between Alpha Omega’s Switched-on-Schoolhouse, Liberty University Academy, and International Connections Academy. We really liked International Connections Academy but it was a bit out of our price range. Cooper really liked the Switched-on-Schoolhouse. We decided to give it a try as we can pay for it once and use it for all our kids not extra cost! That was a nice perk!So we headed back to the convention leaving Kaylin and Kolby with Lorianne. We signed Cooper up at Alpha Omega, I bought a few books from Rainbow Resource and the boys checked out the robotics and Lego stuff as well as J. M. Cremps. 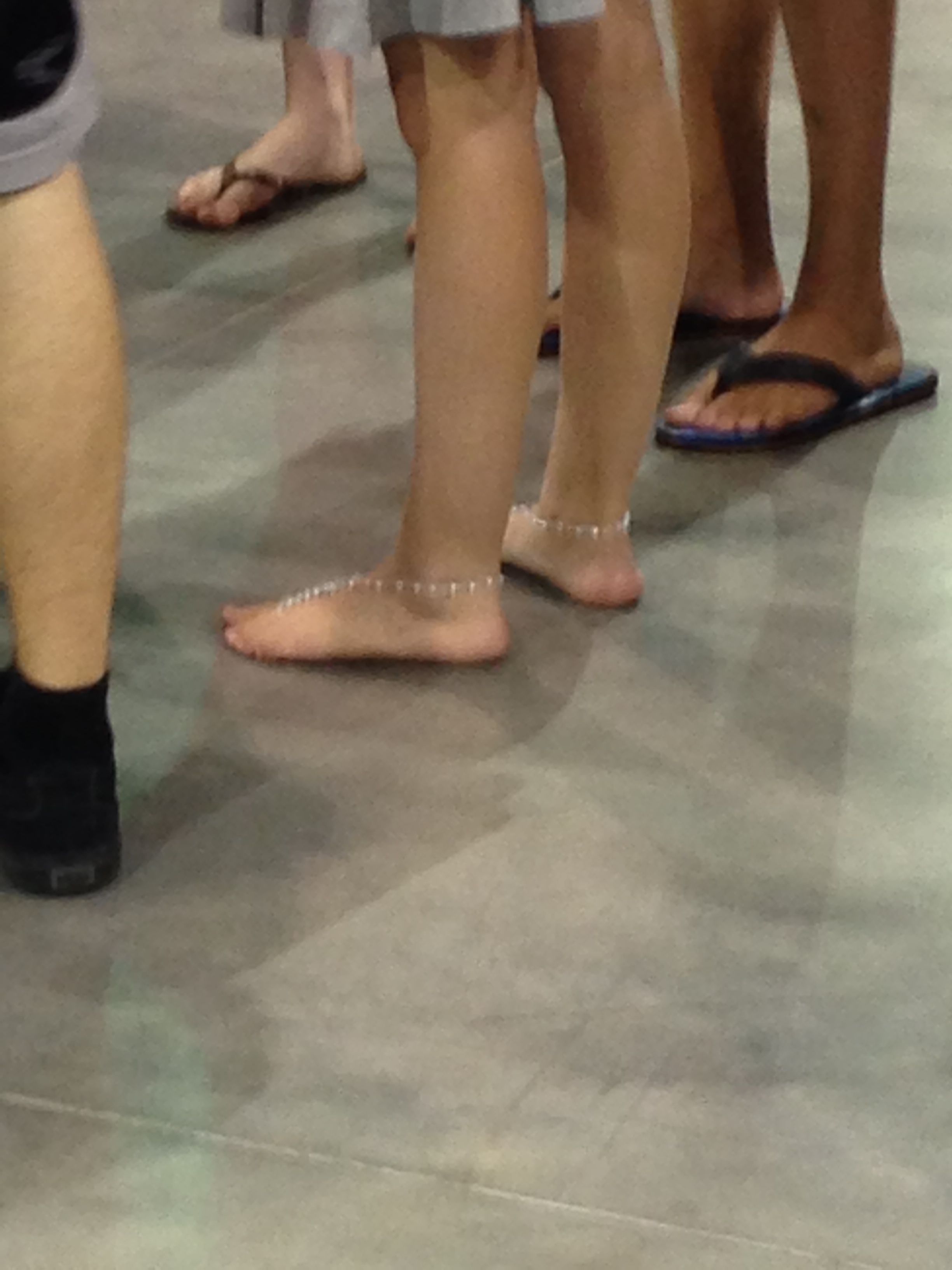 This girl was NOT wearing shoes. All she had was this jeweled strap that went around her toes and ankle. I thought it was pretty funny so I had to take a picture of it. If you want to step bare feet up a notch…

We left there and grabbed a hamburger on our way back to Weldon and Lorianne’s. The guys worked on Weldon’s network and then we grabbed dinner at Chipotle on our way to Joel and Janet’s. Joel, Autumn, Shauntee, Wyatt, & Bronwyn have a band called New Freedom and they were singing on the porch for any who wanted to listen. After that was done we headed home.

I took Kaylin in to the doctor for her bladder infection. Sure enough she did have an infection. I found out later it was caused by ecoli. I’m sure it has something to do with her being sick last week. 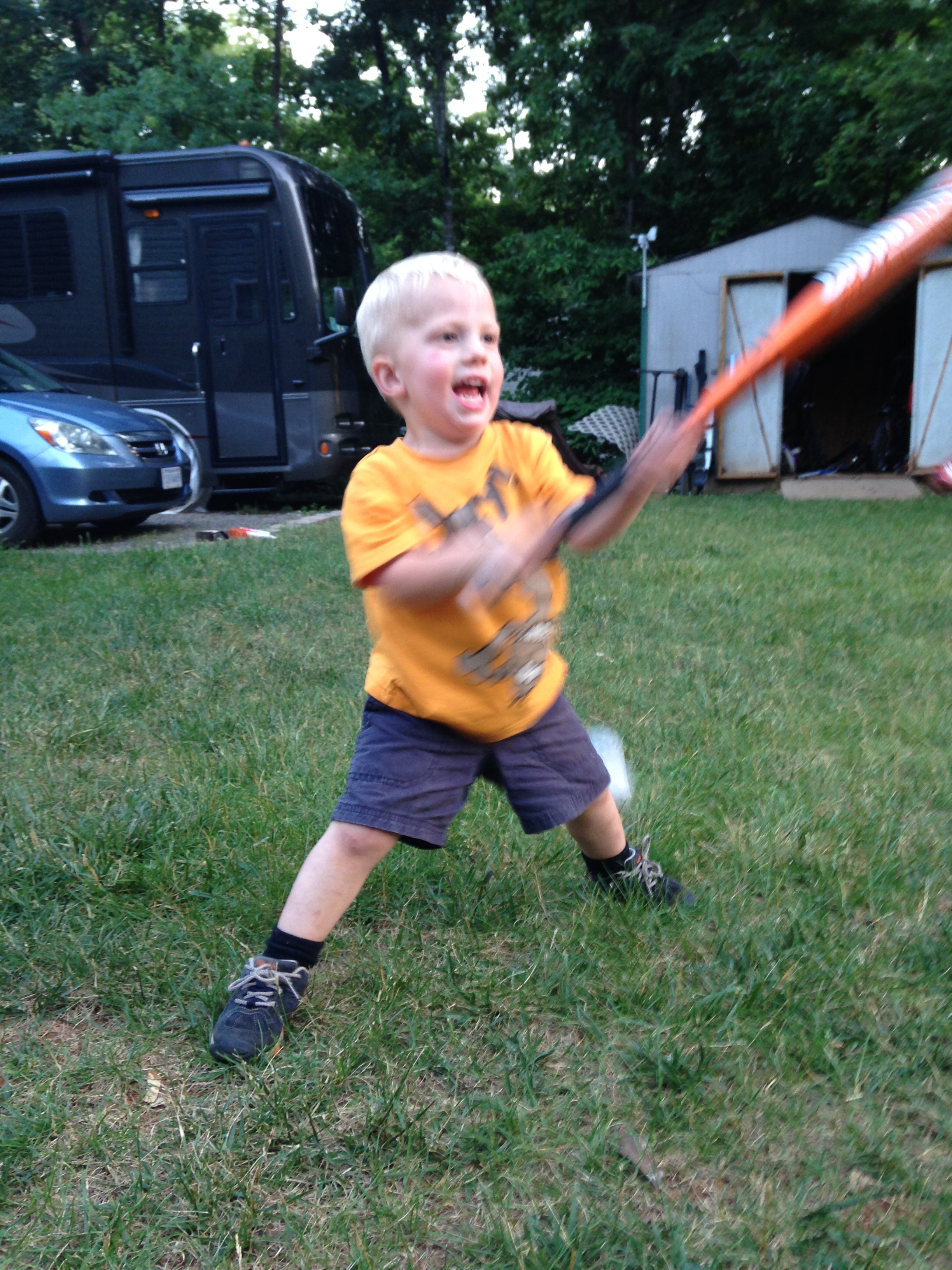 Sunday afternoon any and all were invited to go paddling at Lake Anna with Ned and Sarah. (Who didn’t do any paddling, thanks to their jet ski! We had to tease them a bit.) We really enjoyed paddling around the lake. The trek back was a bit hard as the wind kicked up and Cooper was tired and needed a tow. After we finished boating we had a picnic dinner on the bank. 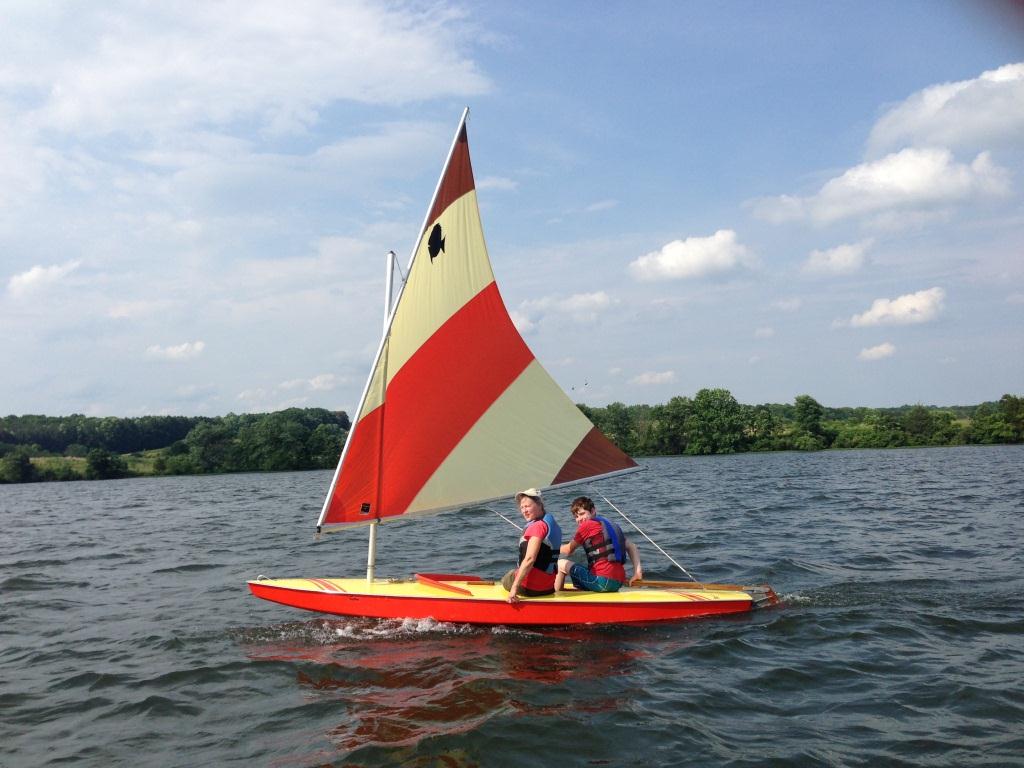 Riley Loyd taking his Grandma Carrie on a ride. 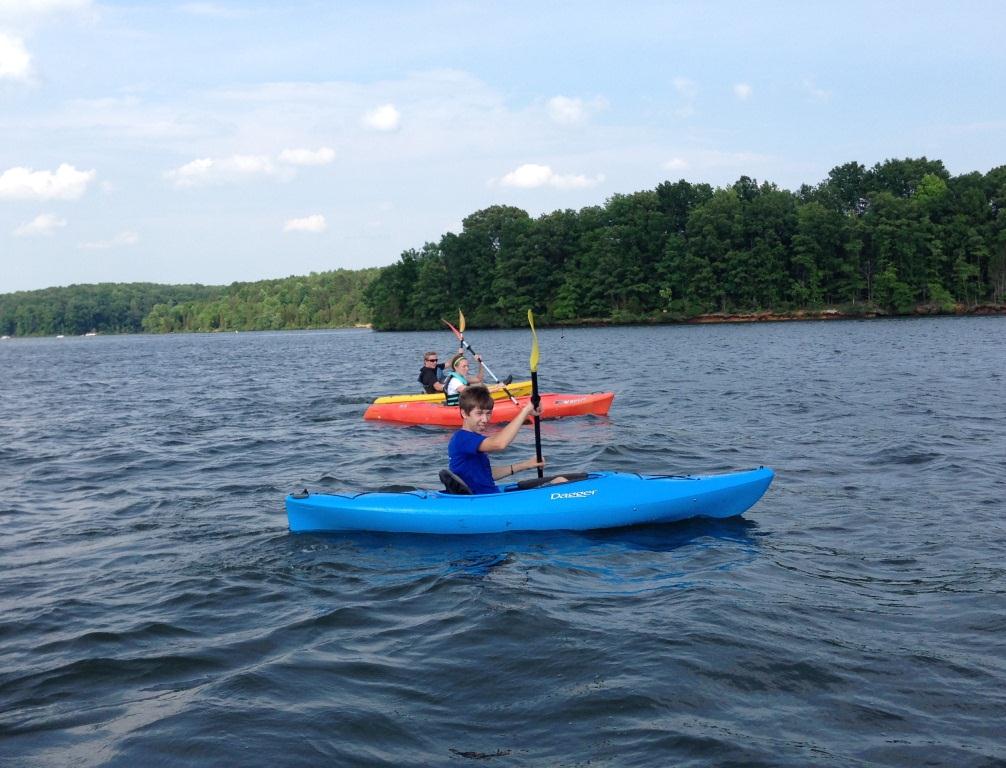 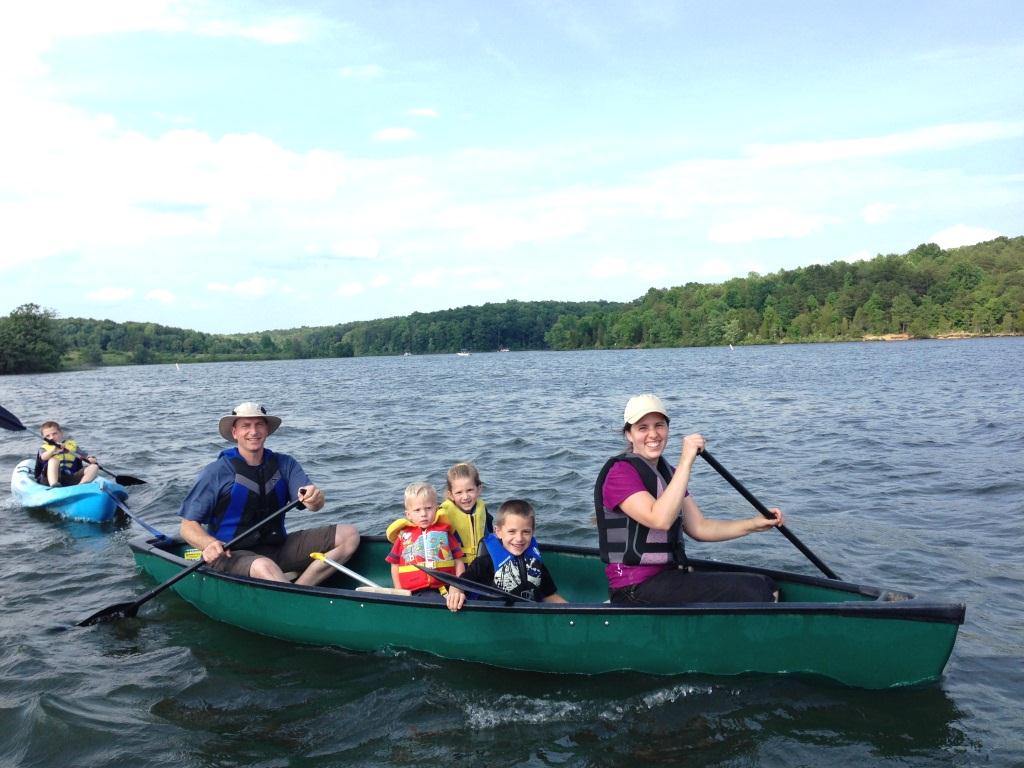 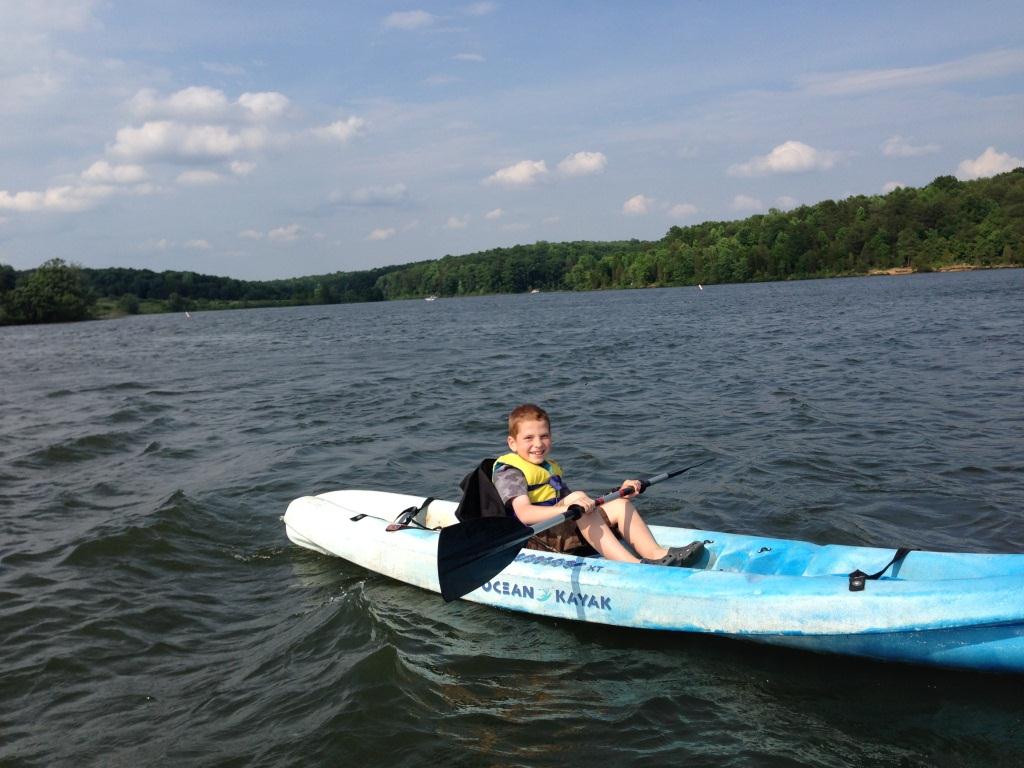 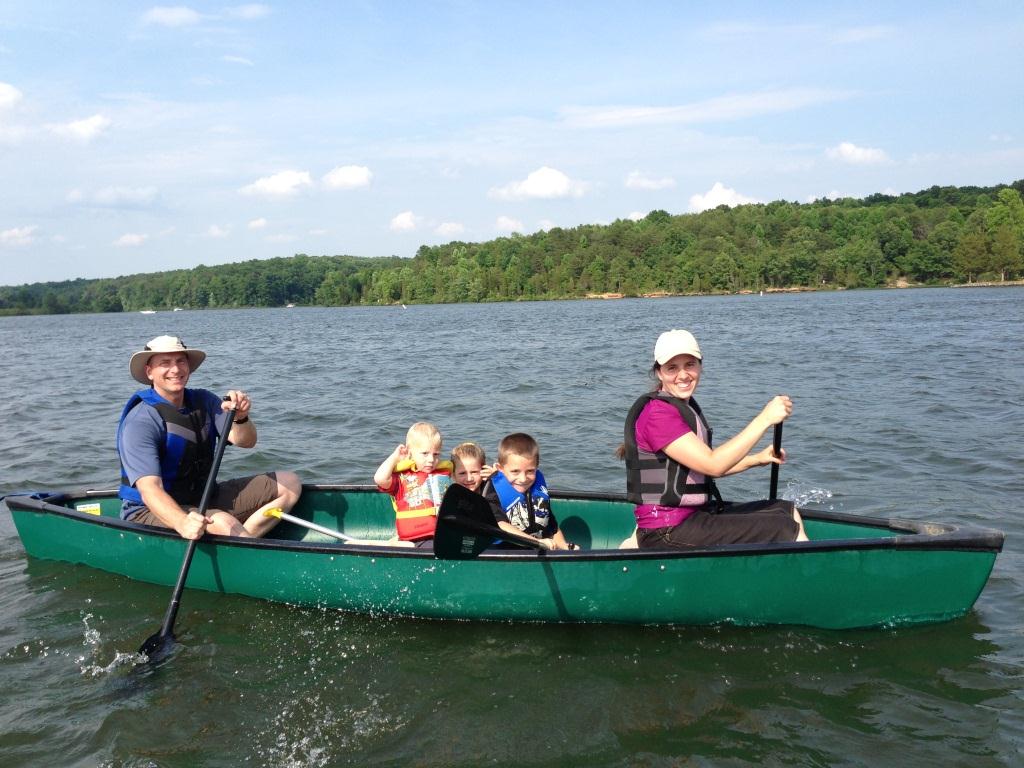 Kaylin & Kolby didn’t like the noise of the jet ski. 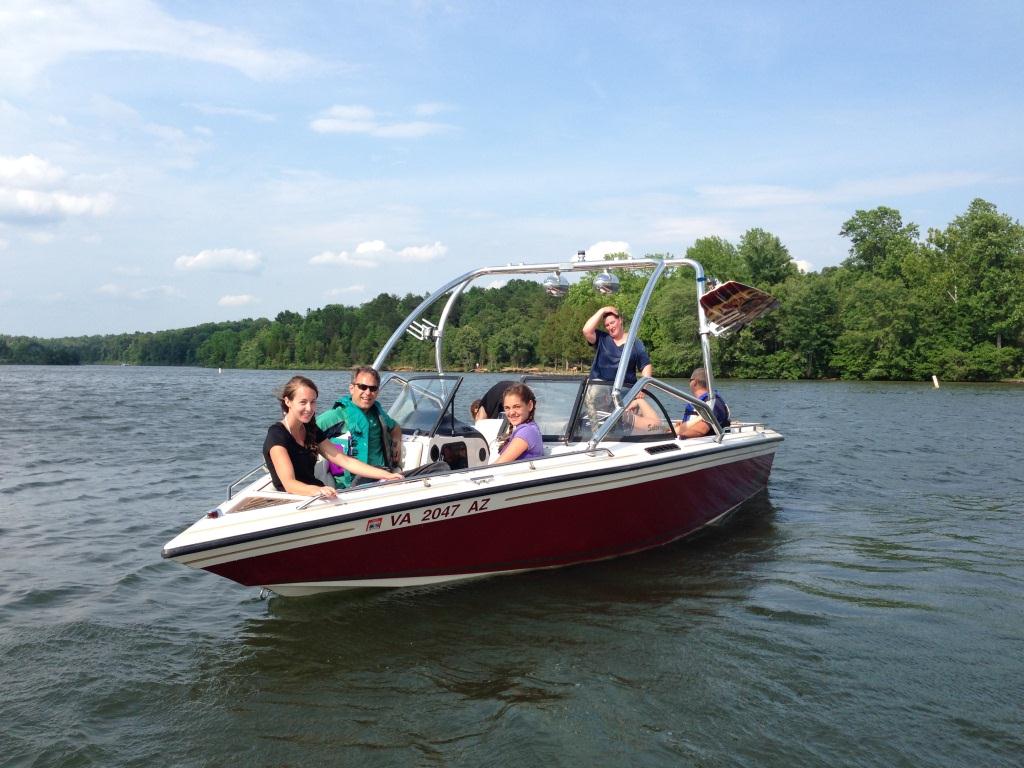 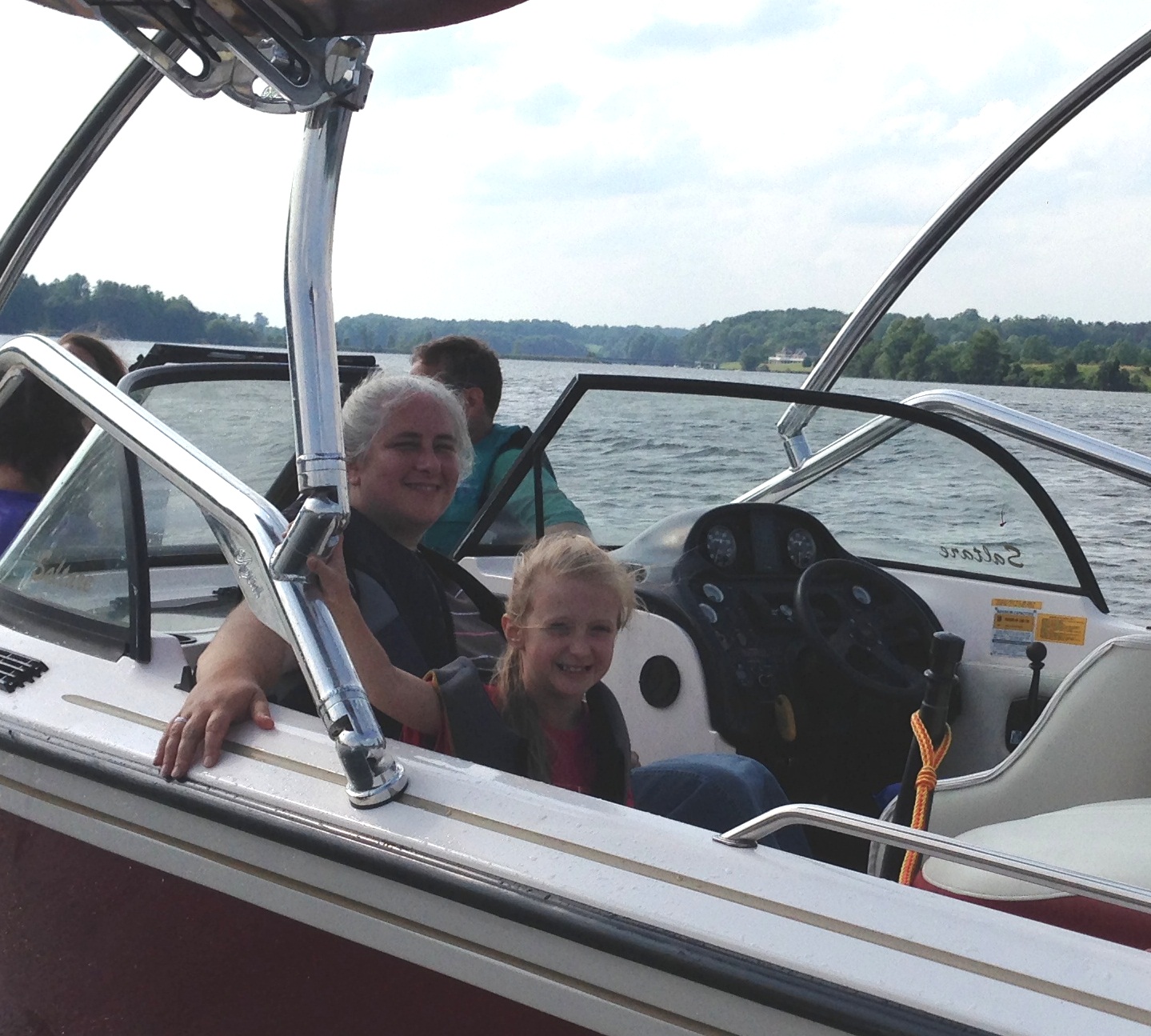 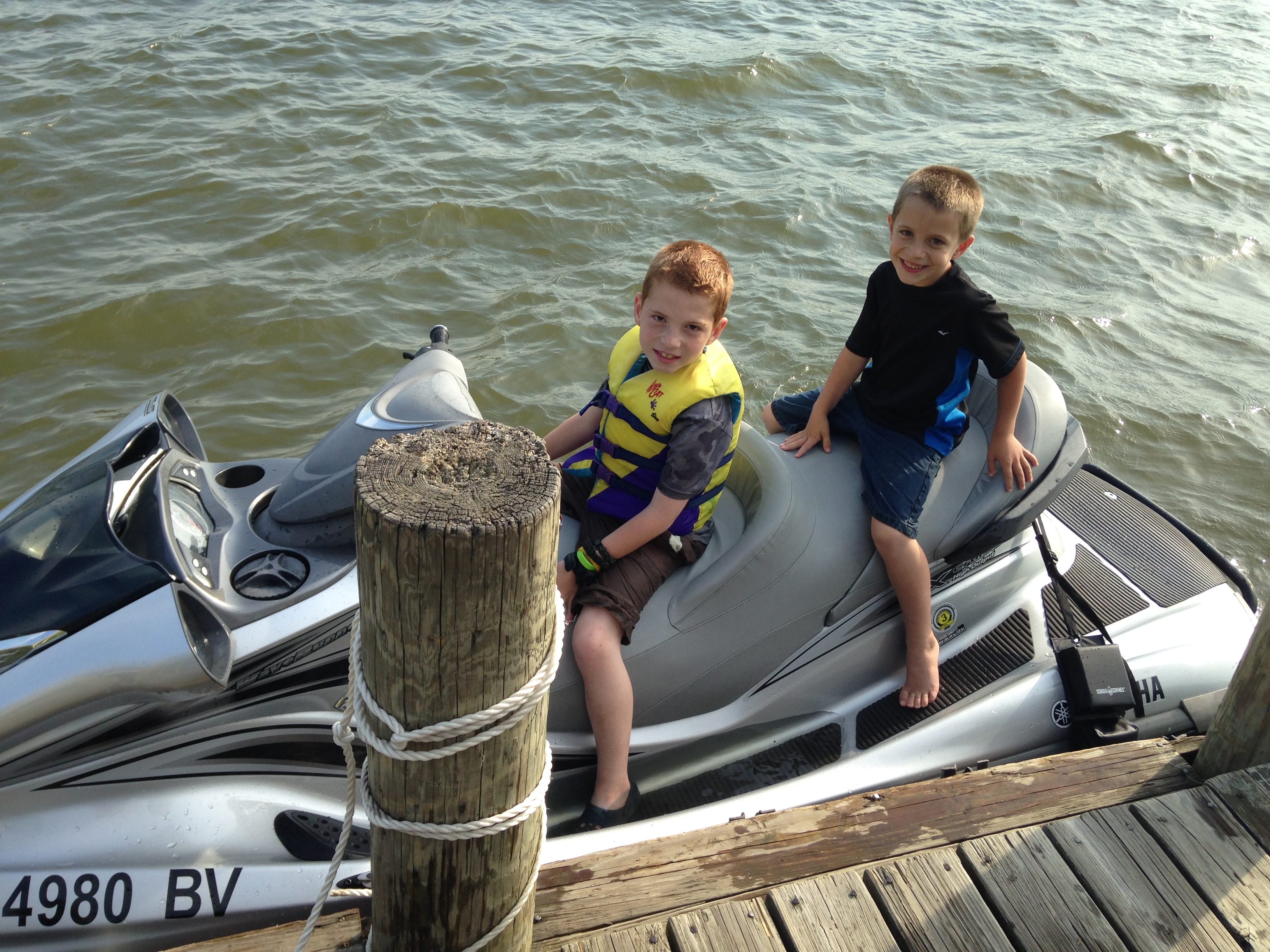 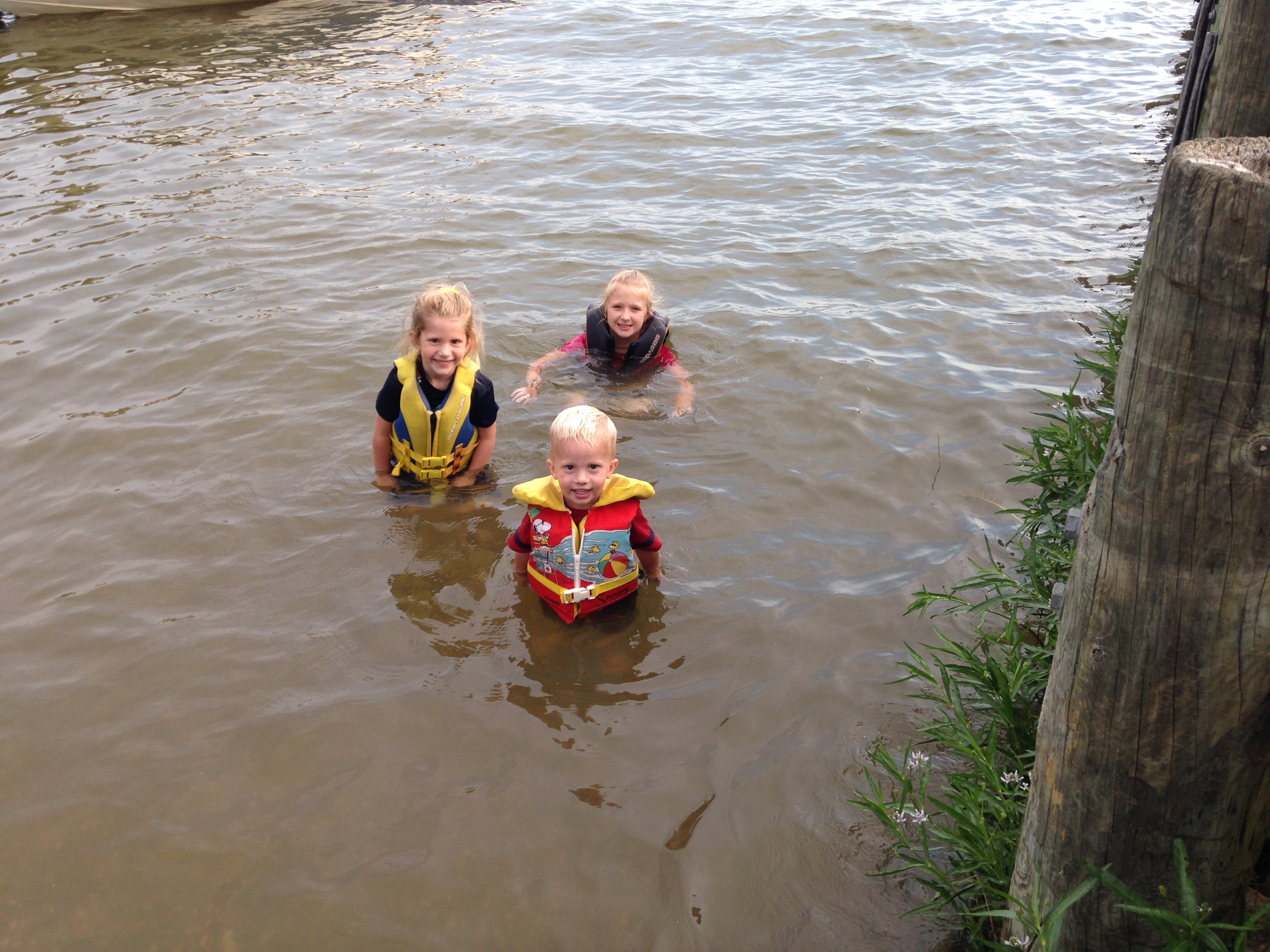 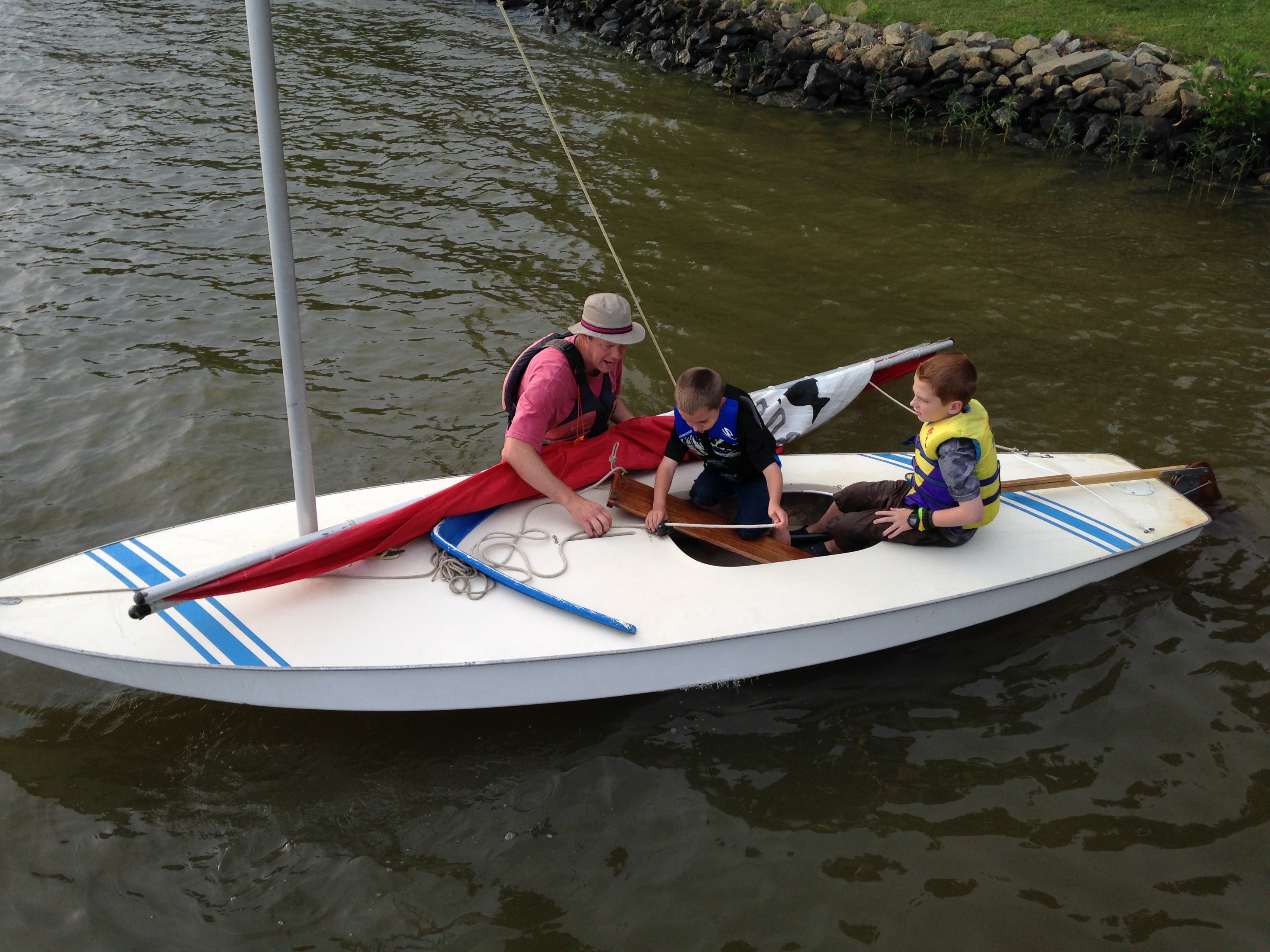 Philip Cotten getting ready to take Cooper & Bryant for a sail. 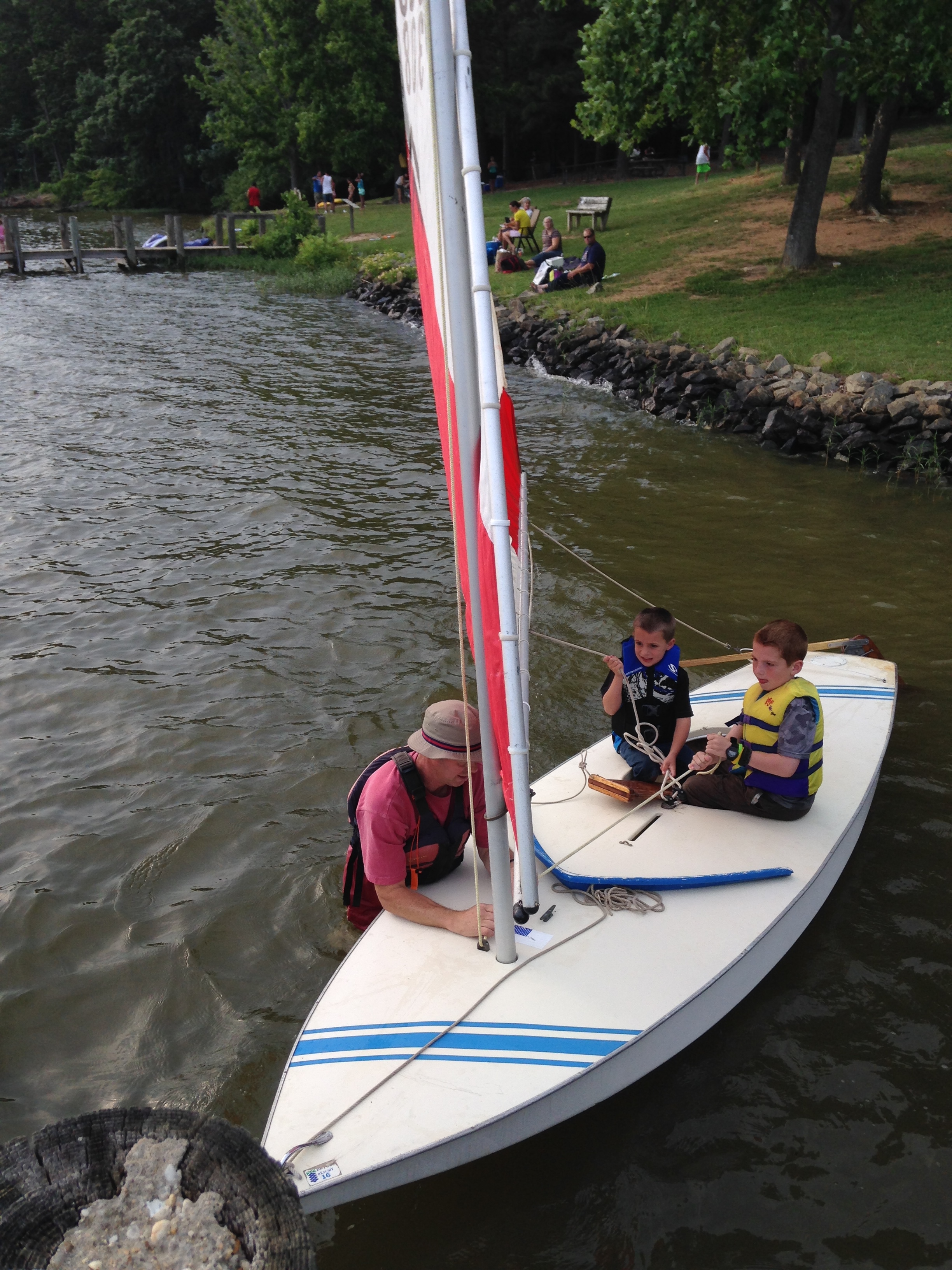 Getting the sail up. 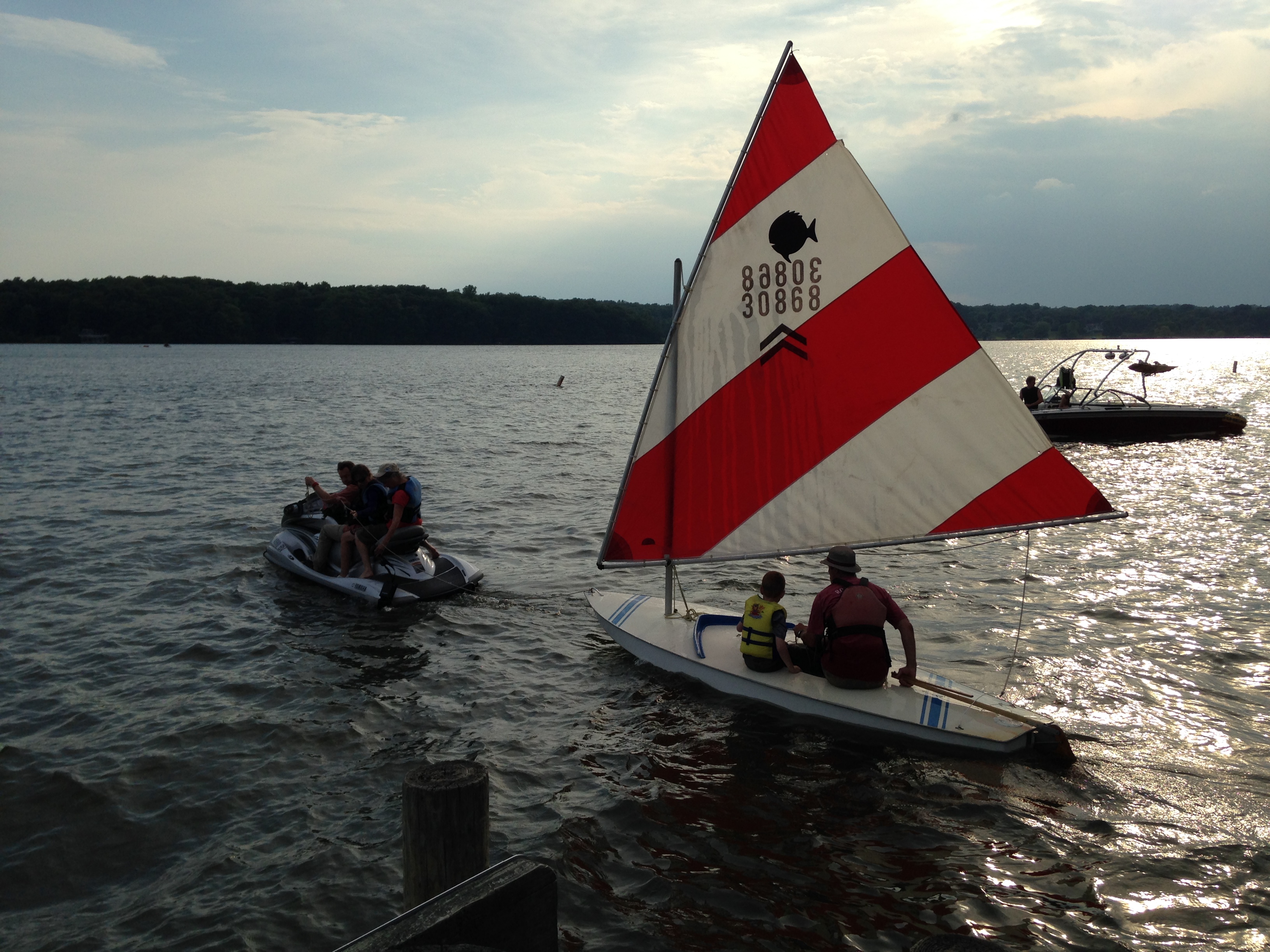 Ned, Sarah & Carrie towing Philip & the boys out so they could sail. 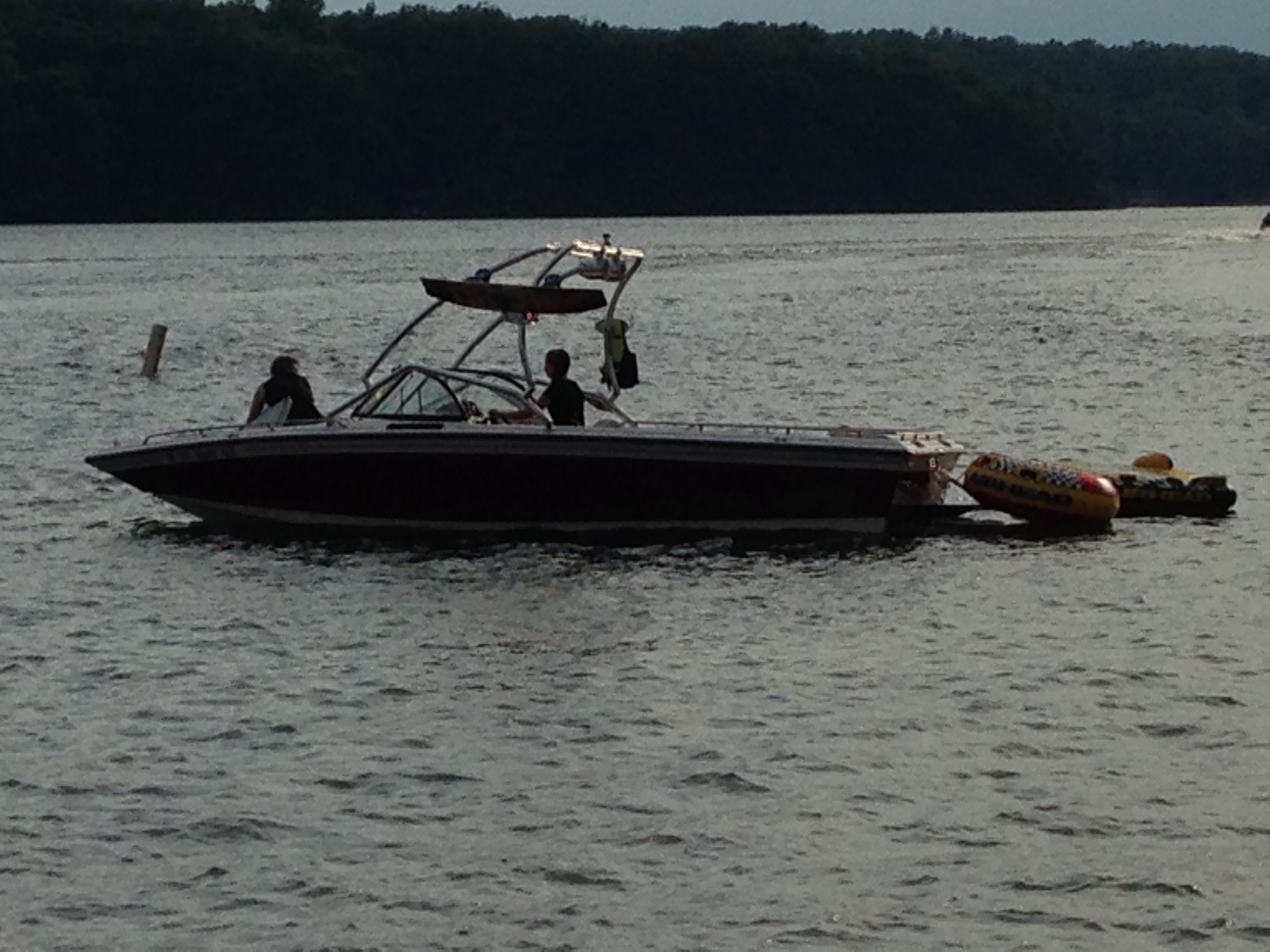 Jeremy & Joni Cotten in their boat. 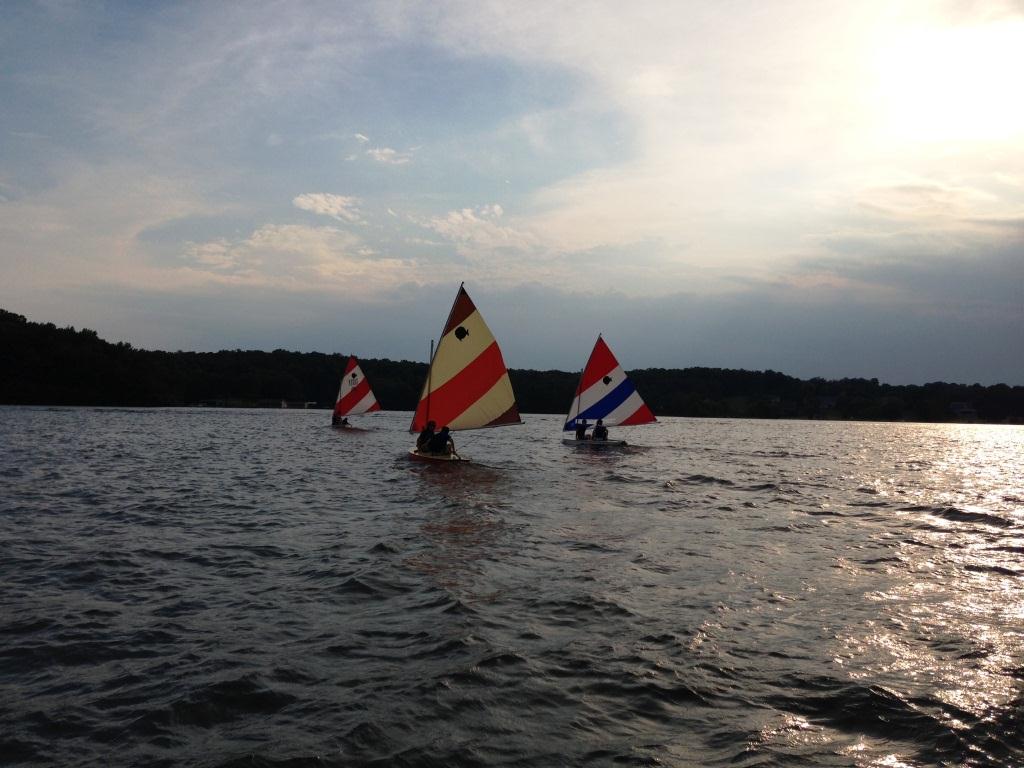 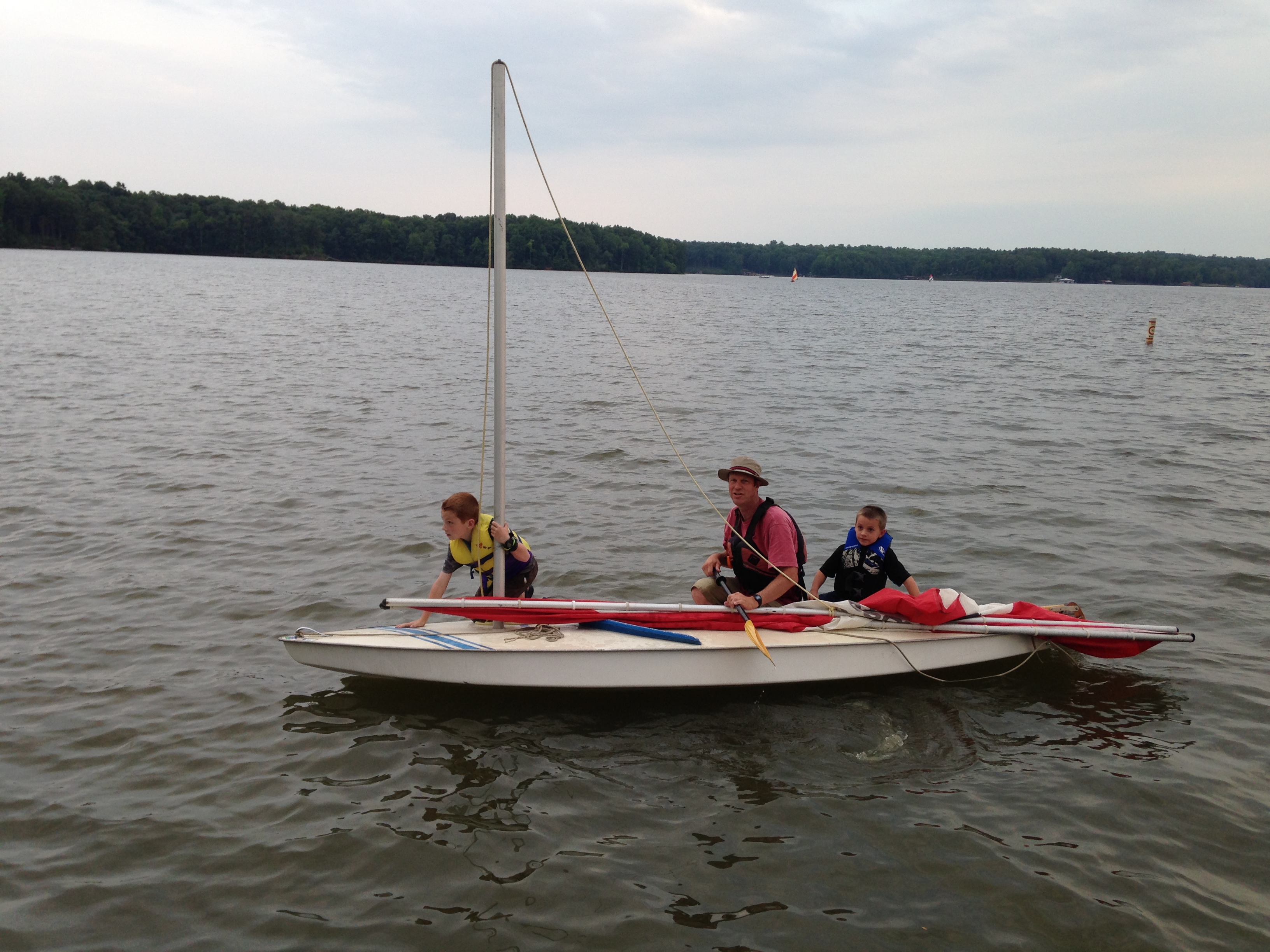 Heading back in from their adventure. 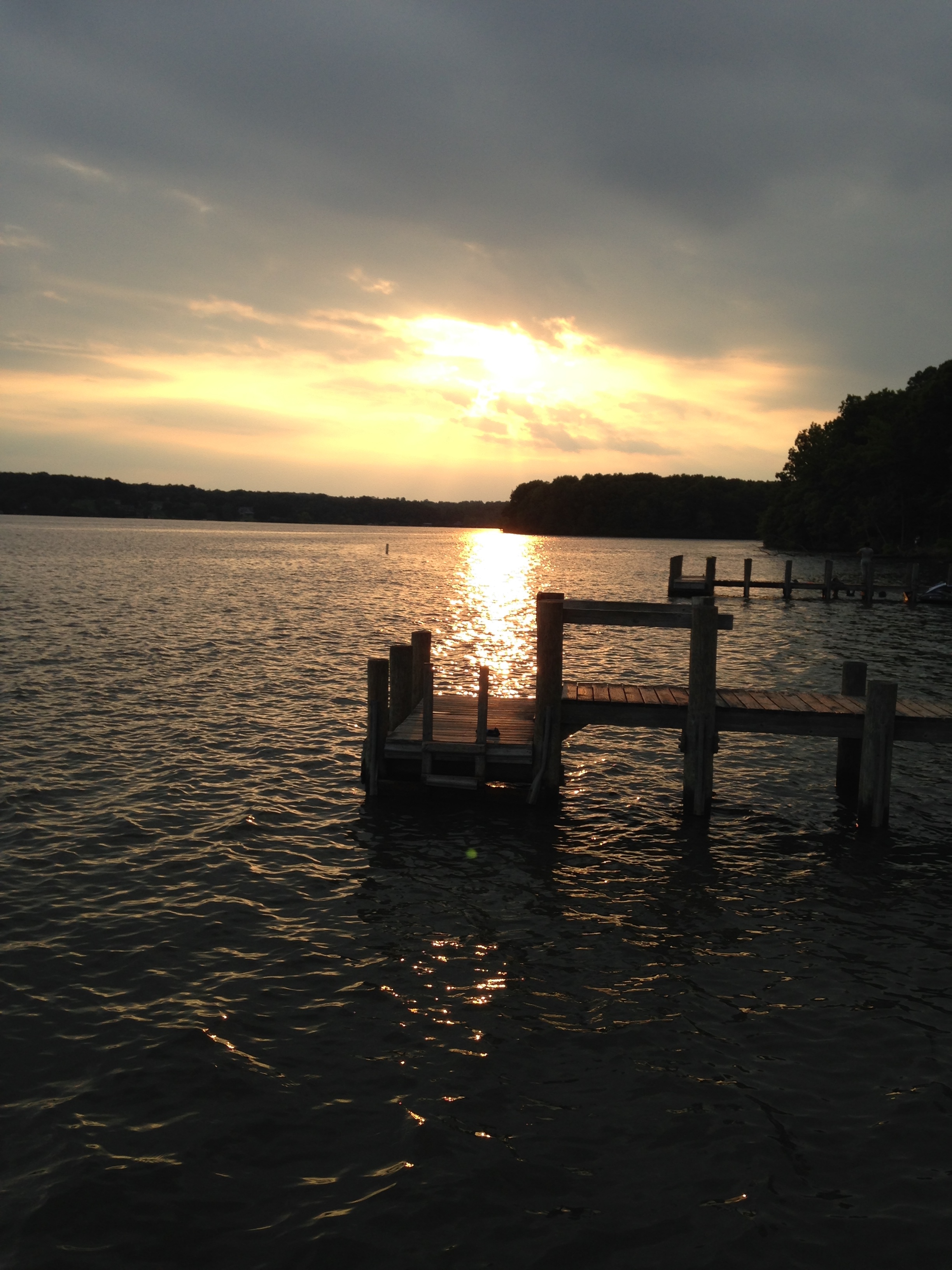 I love the sun shining on the water. 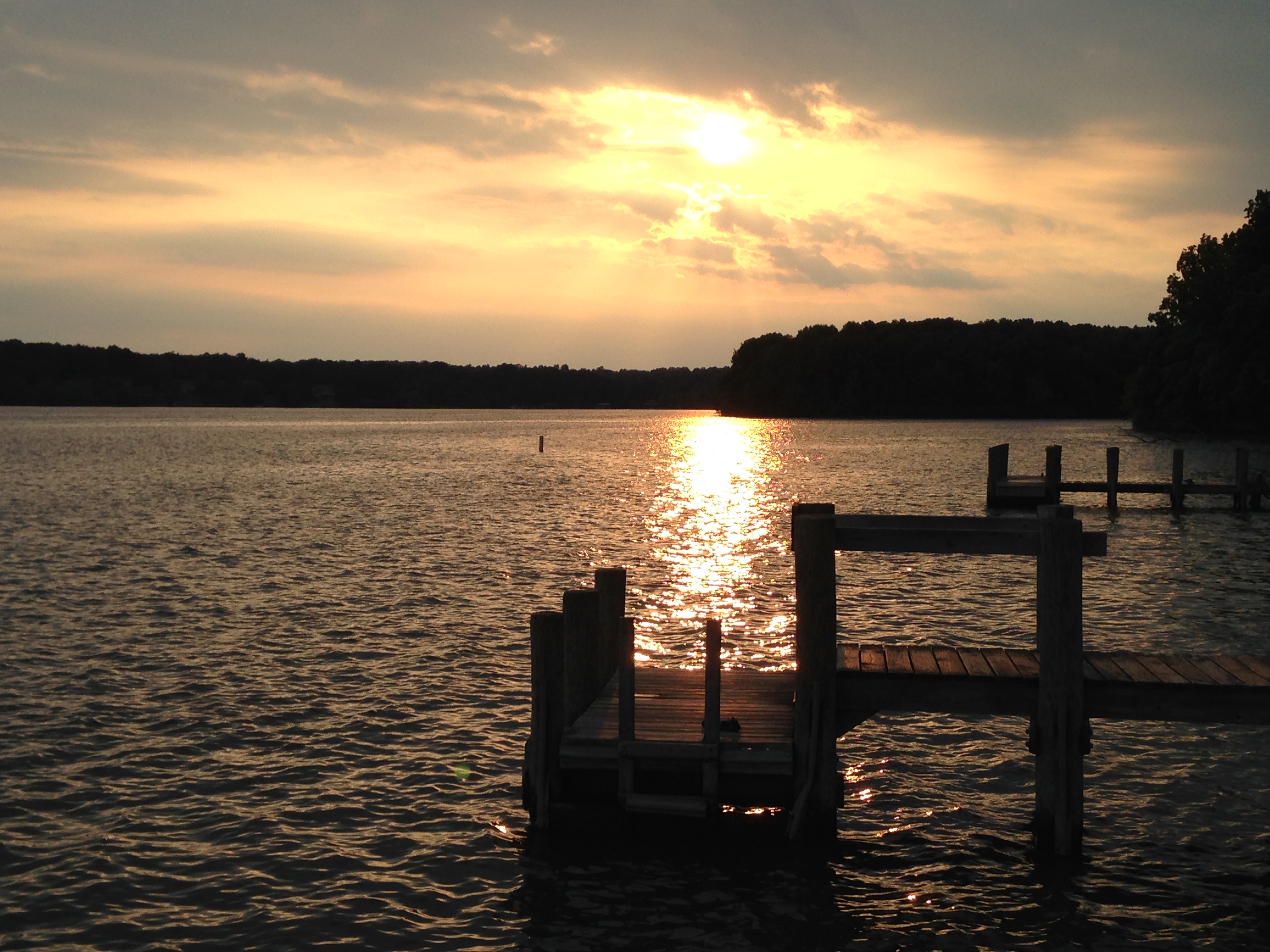 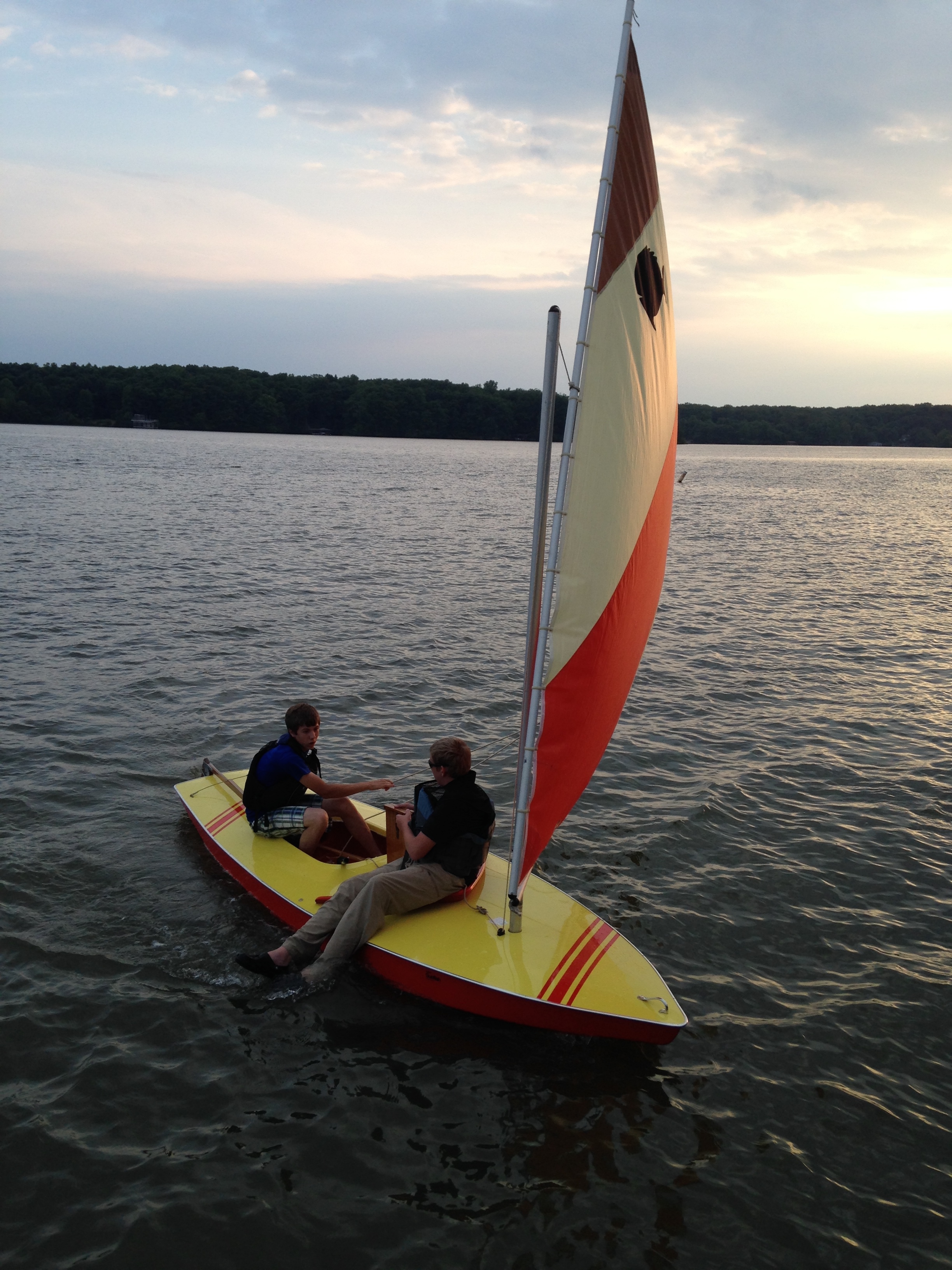 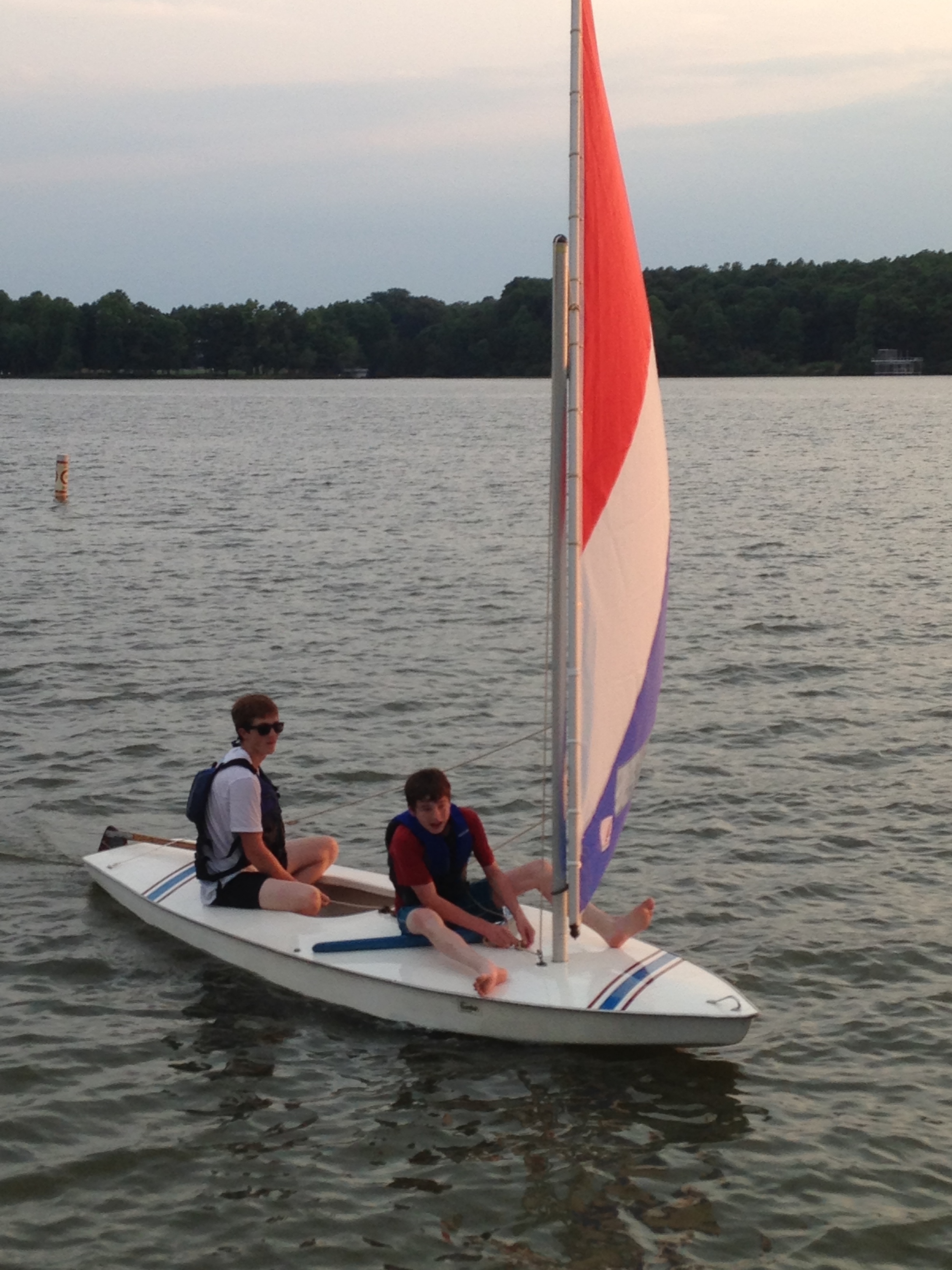 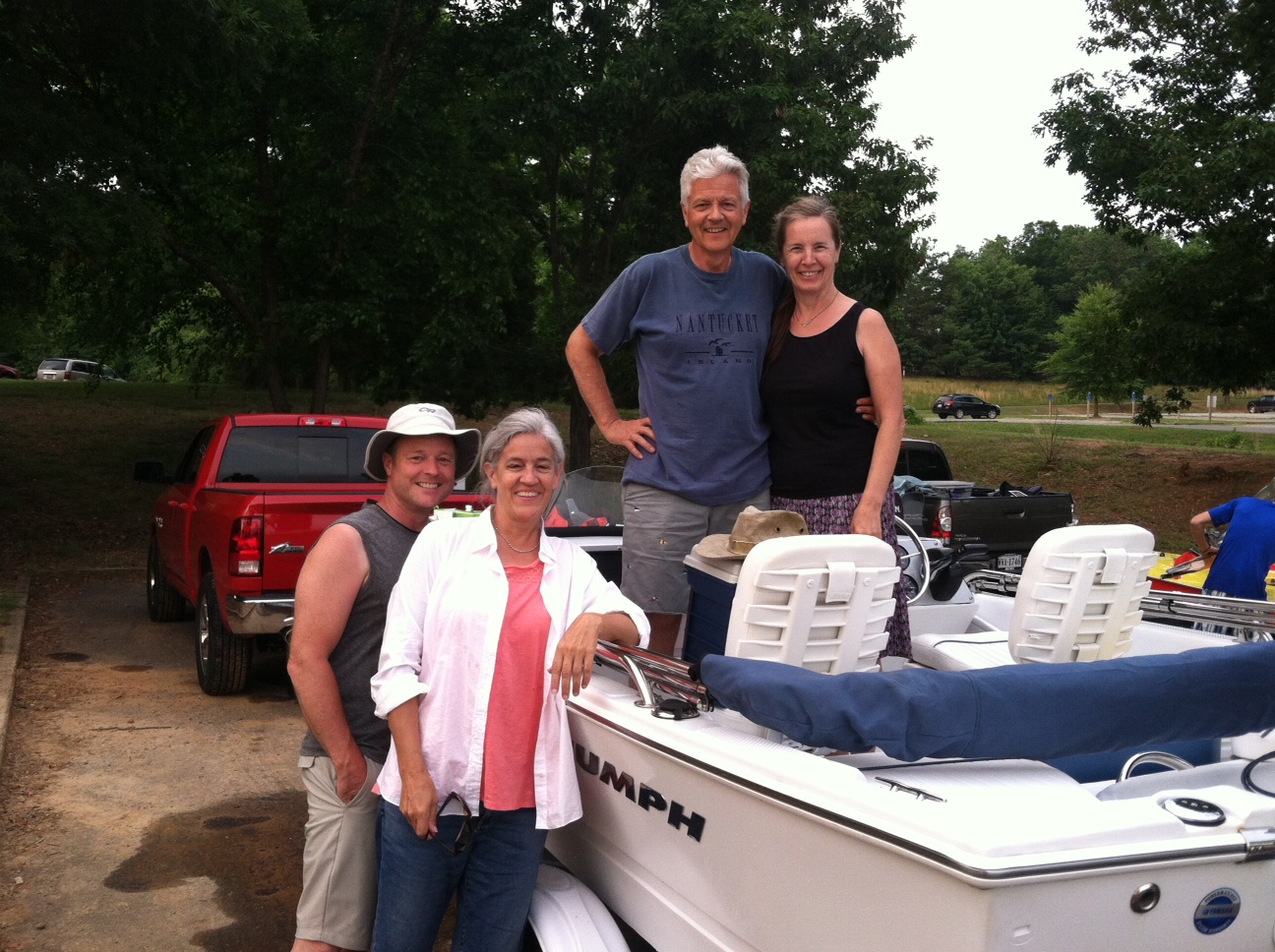 We were able to take a trip out to the Midwest to see my family for a few weeks but I will do a separate post for that because I have a tendency to take a LOT of pictures when I’m together with my family.

Warning: count(): Parameter must be an array or an object that implements Countable in /homepages/12/d108671203/htdocs/HTML/HullFamilyBlogs/wp-includes/class-wp-comment-query.php on line 399