This year we had a Clichè Party for New Years. Everyone was asked to dress up as a clichè. Ned & Sarah, Robby & Abby, and Chester & I planned it. Kathryn and April Martin (with the help of Spencer Clem) decorated the building. We hung papers with clichès printed on them all along the walls. We had 100’s of clichès. Robby & Abby were in charge of food. They did a FANTASTIC job! We had burgers and hot dogs with everything you could dream up to put on them. YUMMY! I ended up helping serve dinner which was lots of fun! We each had 2 tables of 8 to serve. You just check marked what burger or hot dog you wanted and modified it to fit your tastes. There were so many choices. We also served hot fries and sodas. (and don’t forget the pickle spear!) 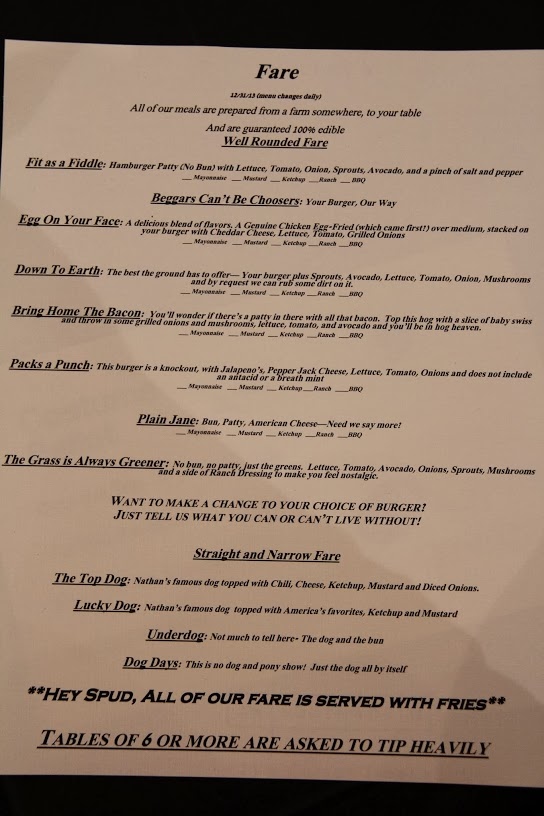 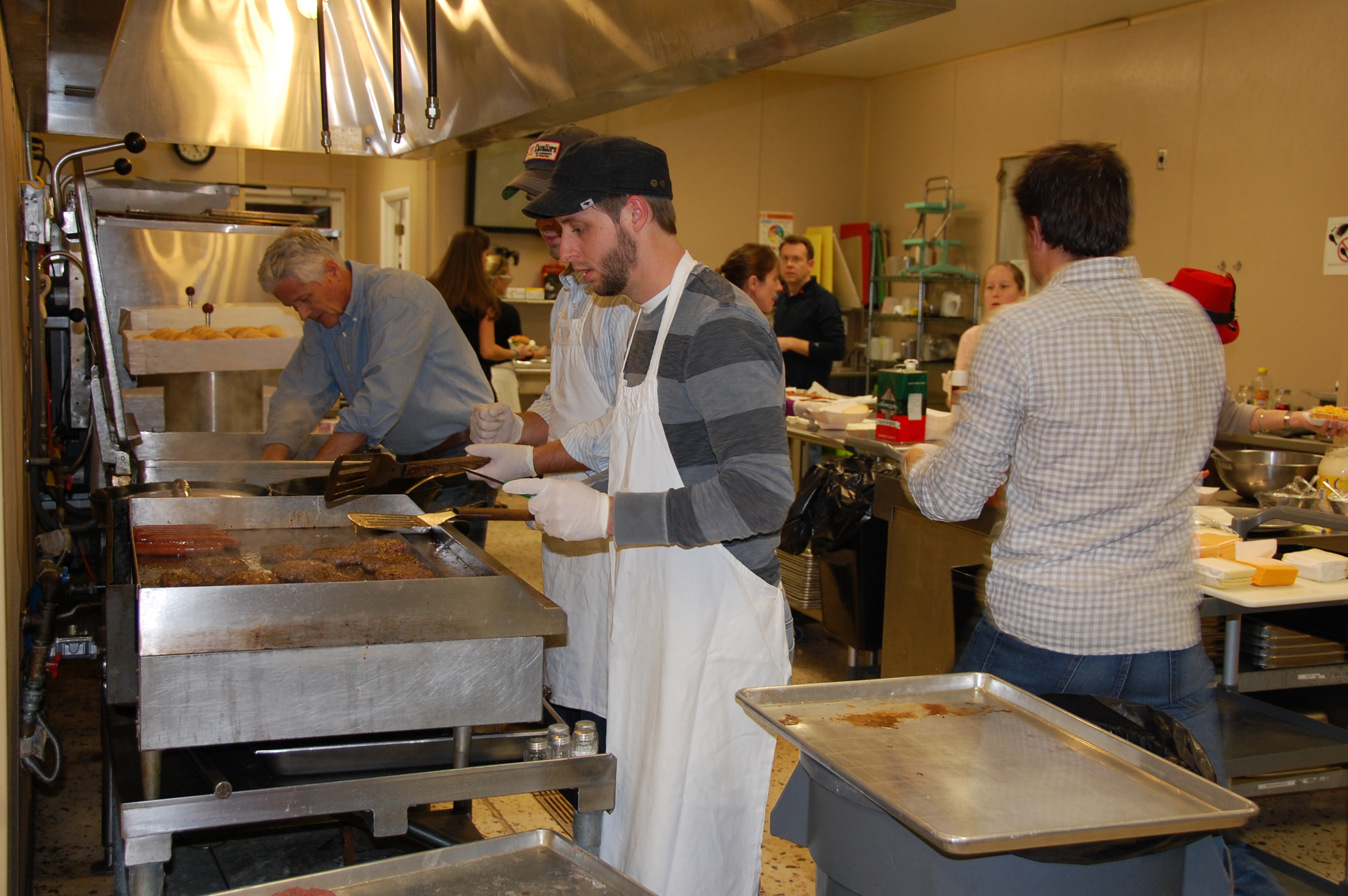 The kitchen crew busy at work 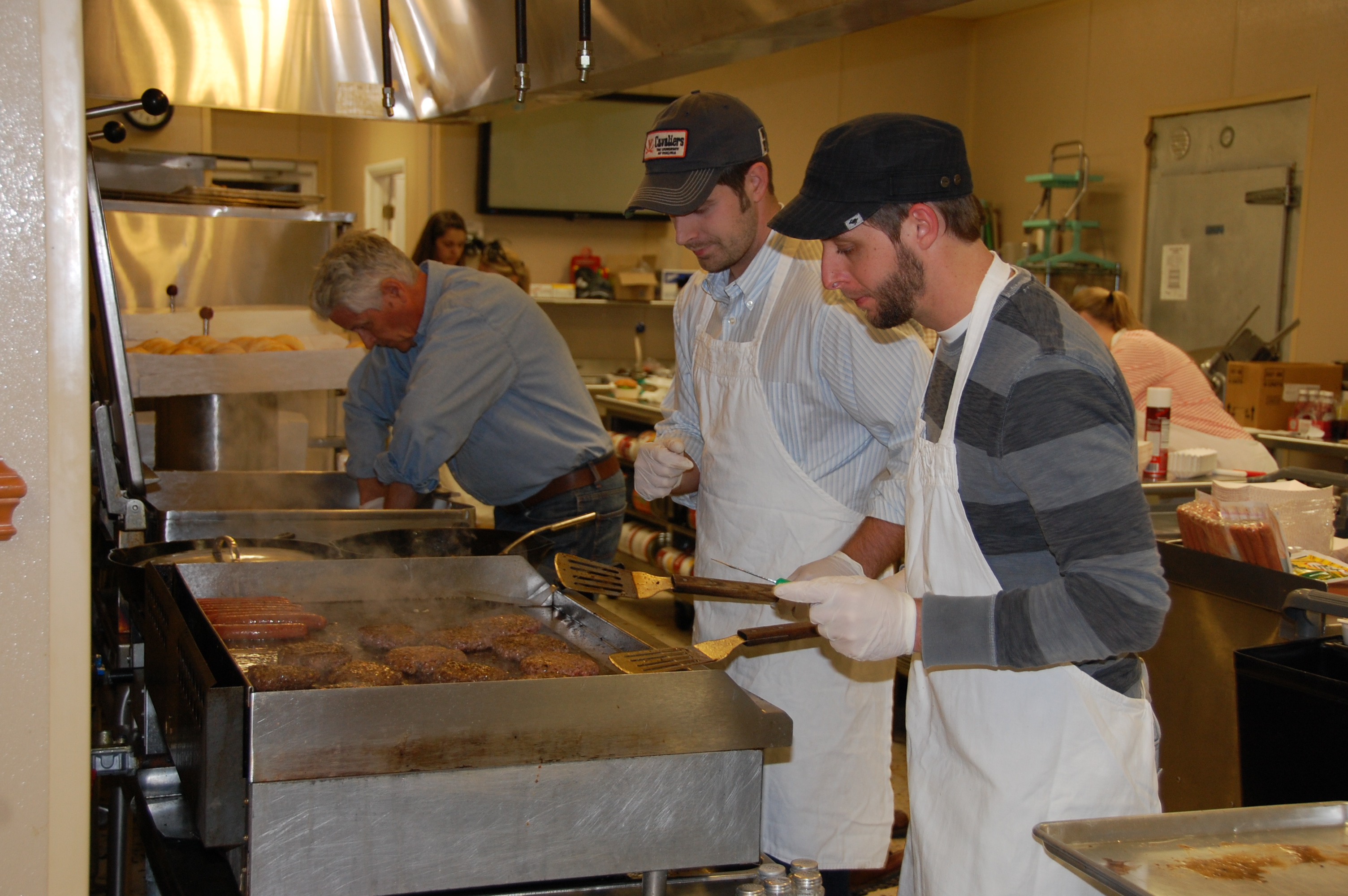 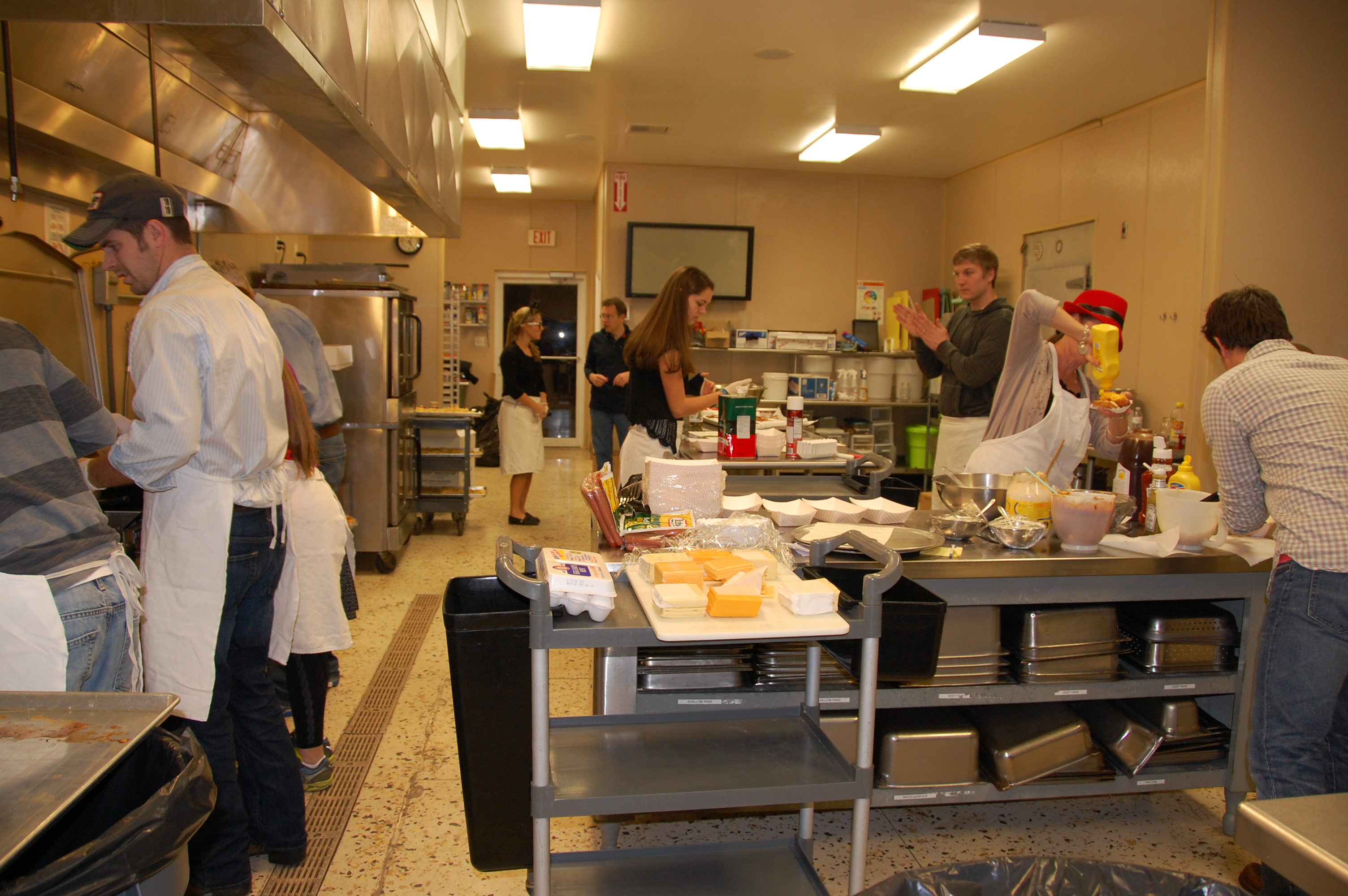 Looks like Jeremy is clapping to get things stepped up a bit. 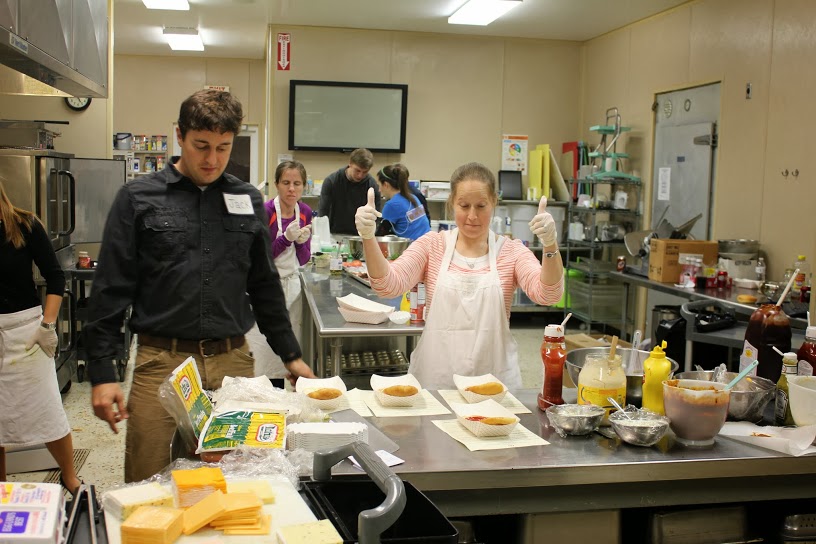 Jana kept the burger orders organized and put on condiments. I’m sure she didn’t want to see mustard, mayo, or ketsup for a long time. (photo credit-Shauna) 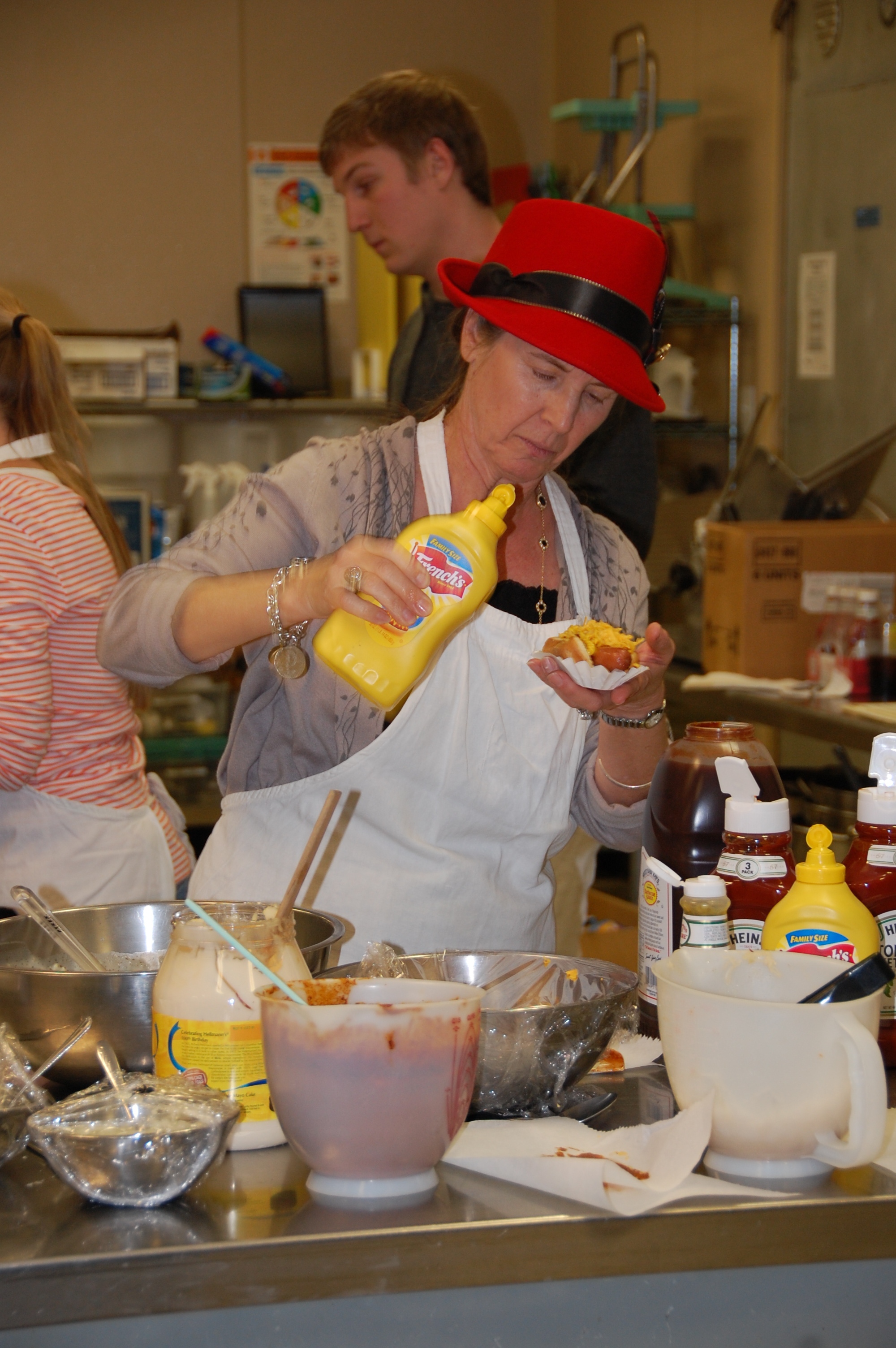 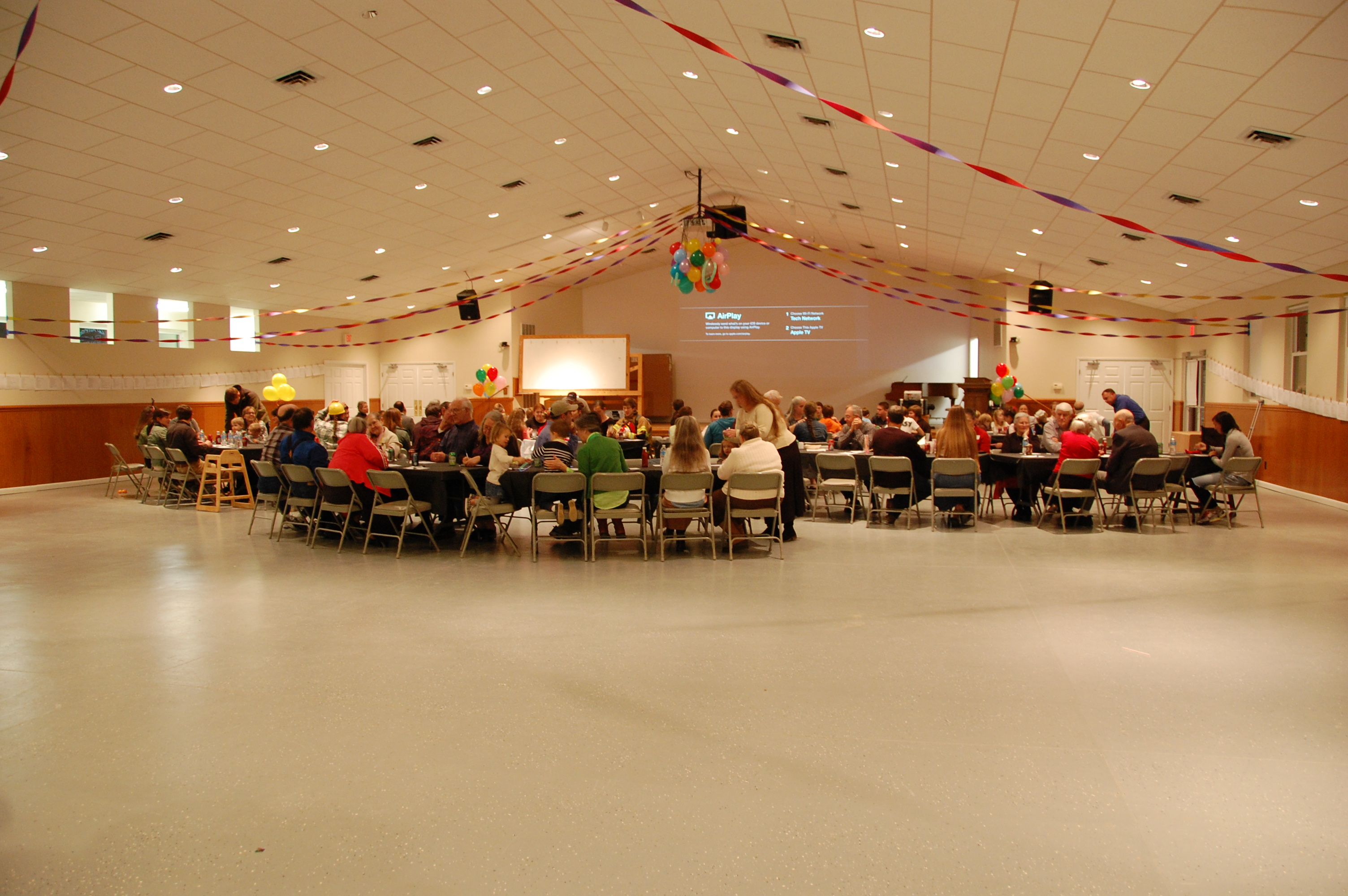 Sitting down for dinner. 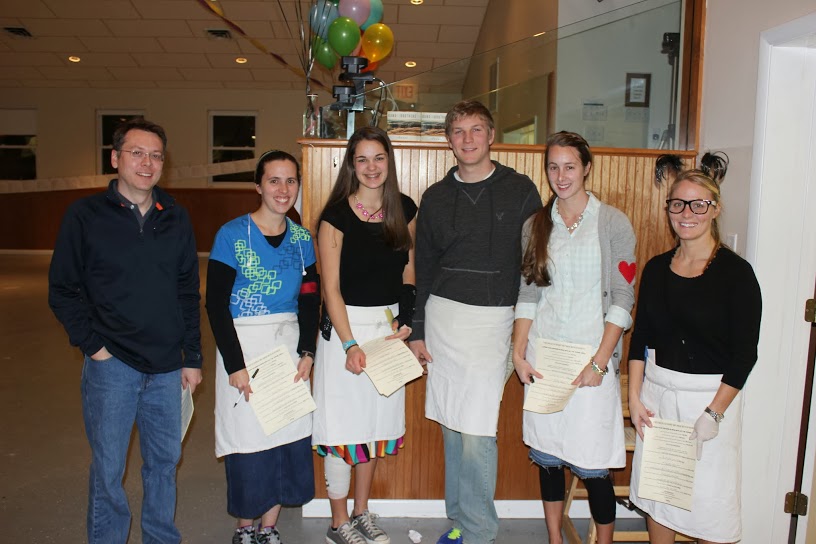 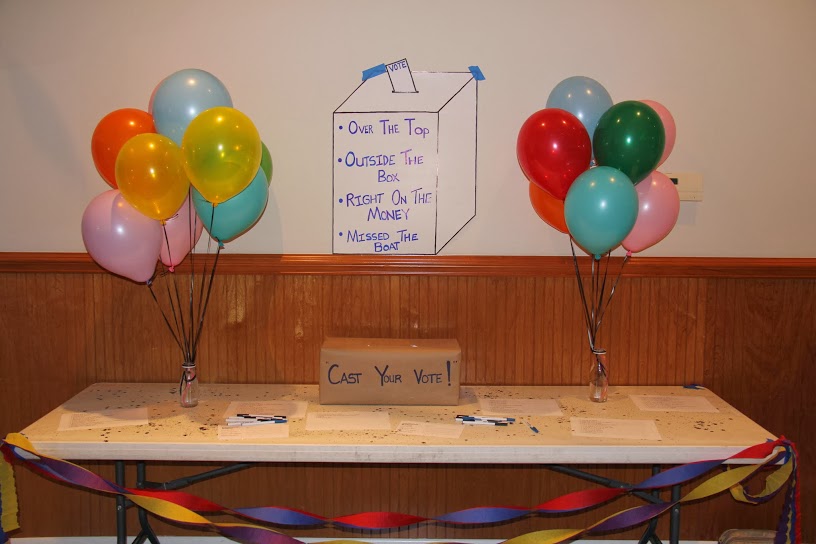 After dinner we just put the food away and left the clean up for later. People stayed seated at their tables and that created teams-2 tables per team. We then played Clichè Wheel Of Fortune! Lloyd Cotten and Chester had come up with a computer program to play. I got to help Chester run it by spinning the wheel. Kaylin and Kolby enjoyed helping me out. The winning team was showered with confetti and given the Grand prize of $25,000 in play money! 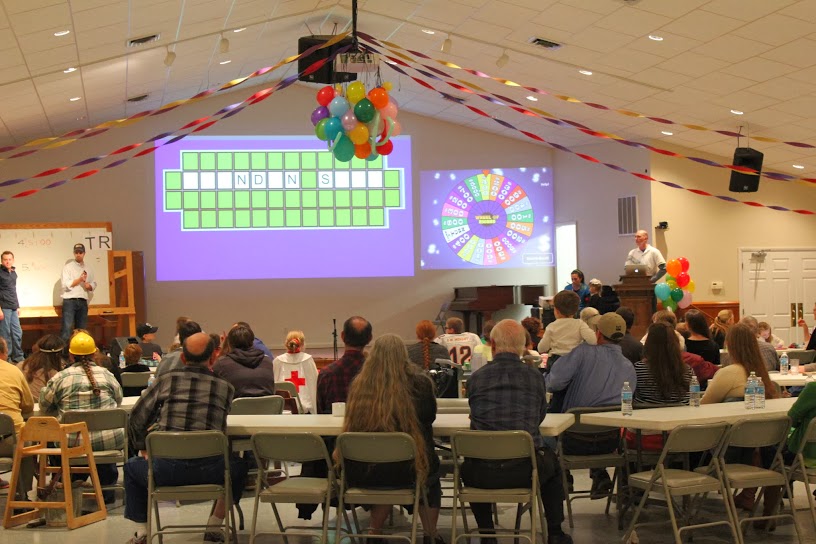 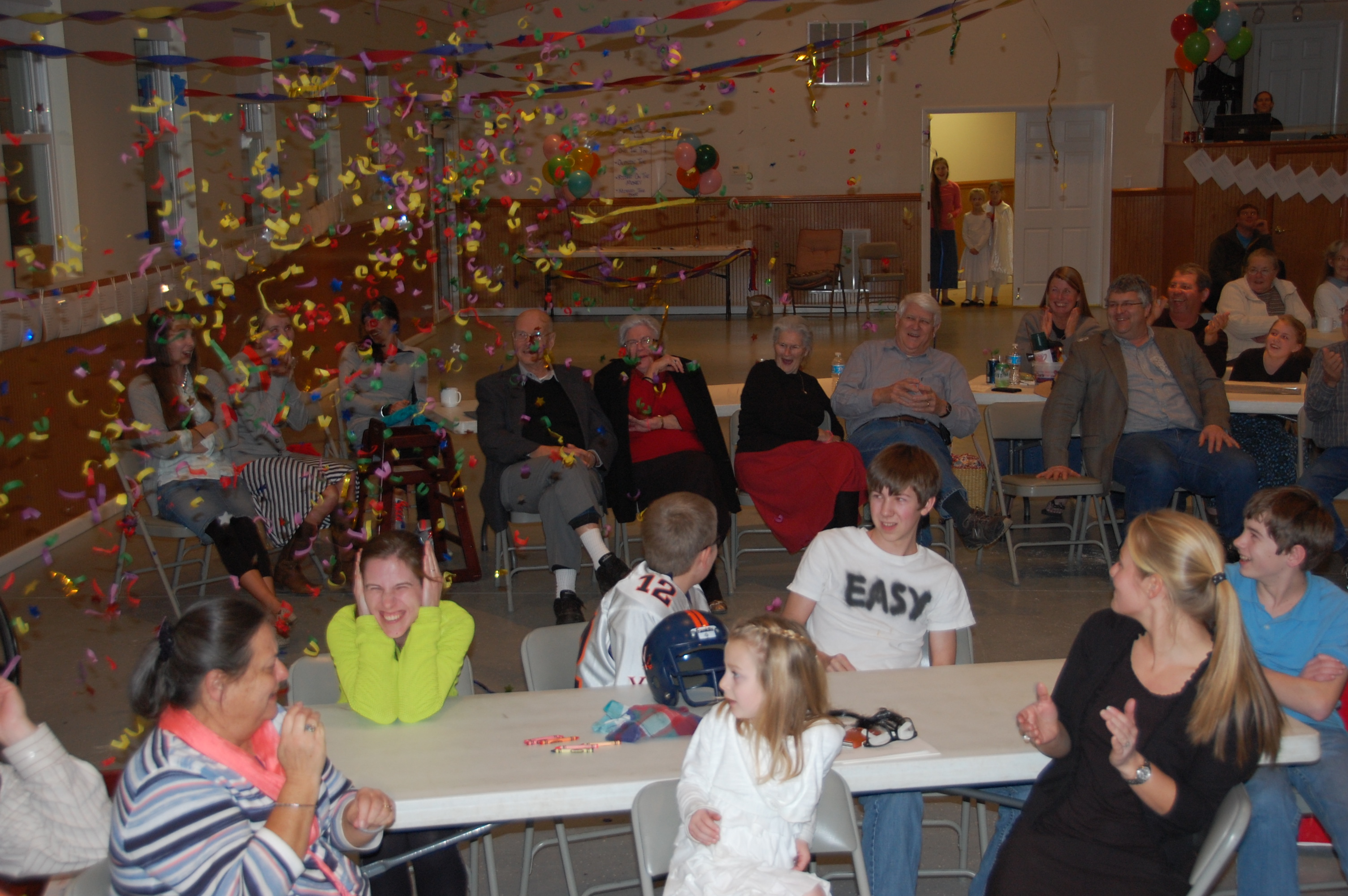 Showering the winning team for Wheel of Fortune with confetti. (I think Sara thought she was the target.) 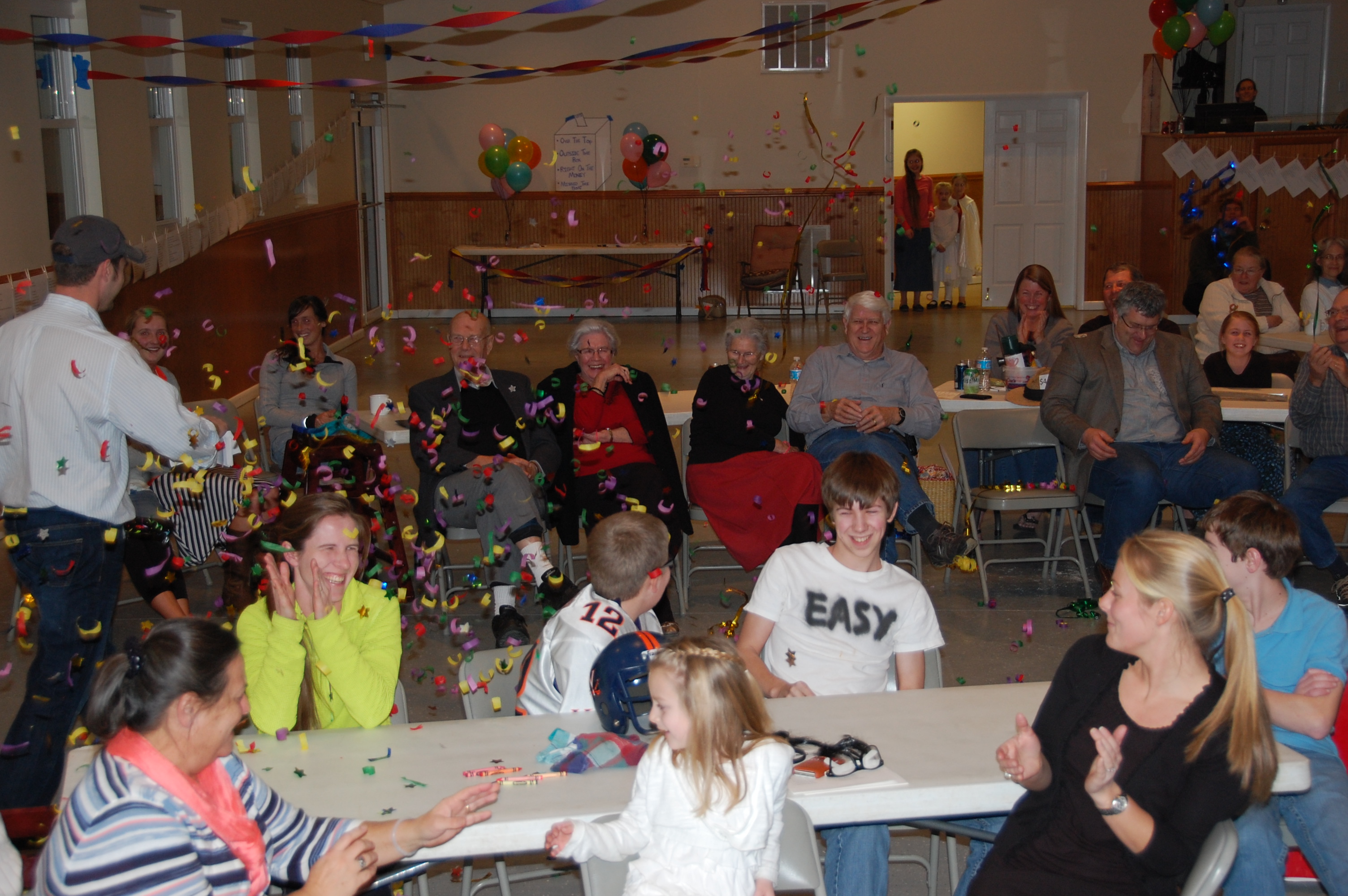 Robby going to deliver the grand prize of $25,000 play money to Vann the team captain.

After Wheel of Fortune we had dessert which everyone had brought. (There were definitely some Over The Top desserts! Great job everyone!) Then the kids 12 & down did a Photo Scavenger Hunt. They had a list of things to find and when they found one they had to take a picture of the object with one of their team members. After that Bobby Hull, Shauna Rutt, & Riley Loyd did a radio drama of an Adventures in Odyssey called “Rights, Wrongs & Reasons”. After that David did a skit with their dog. It was a peanut butter commercial. The dog was up to a table eating. David was hidden but had his hands up like they were the dogs. Chester used his Drover voice for the ad. It was pretty funny! Even Kolby thought it was hilarious. He would laugh then make sure I was watching and thinking it was funny! Cute! Next Robert Cox showed pictures of funny signs and article titles he has taken. It’s amazing what people write! 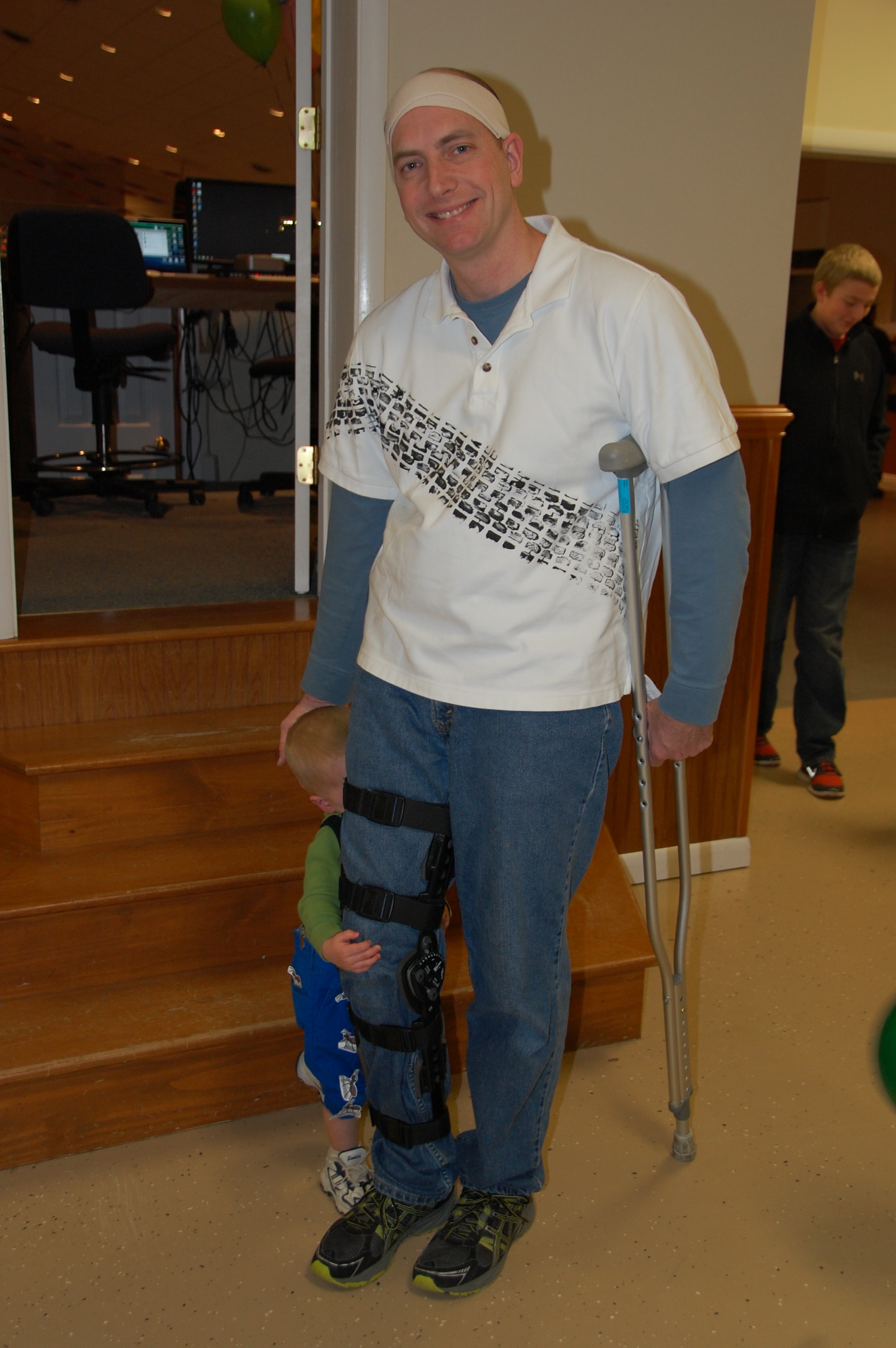 Chester-Feeling Run Over By A Truck 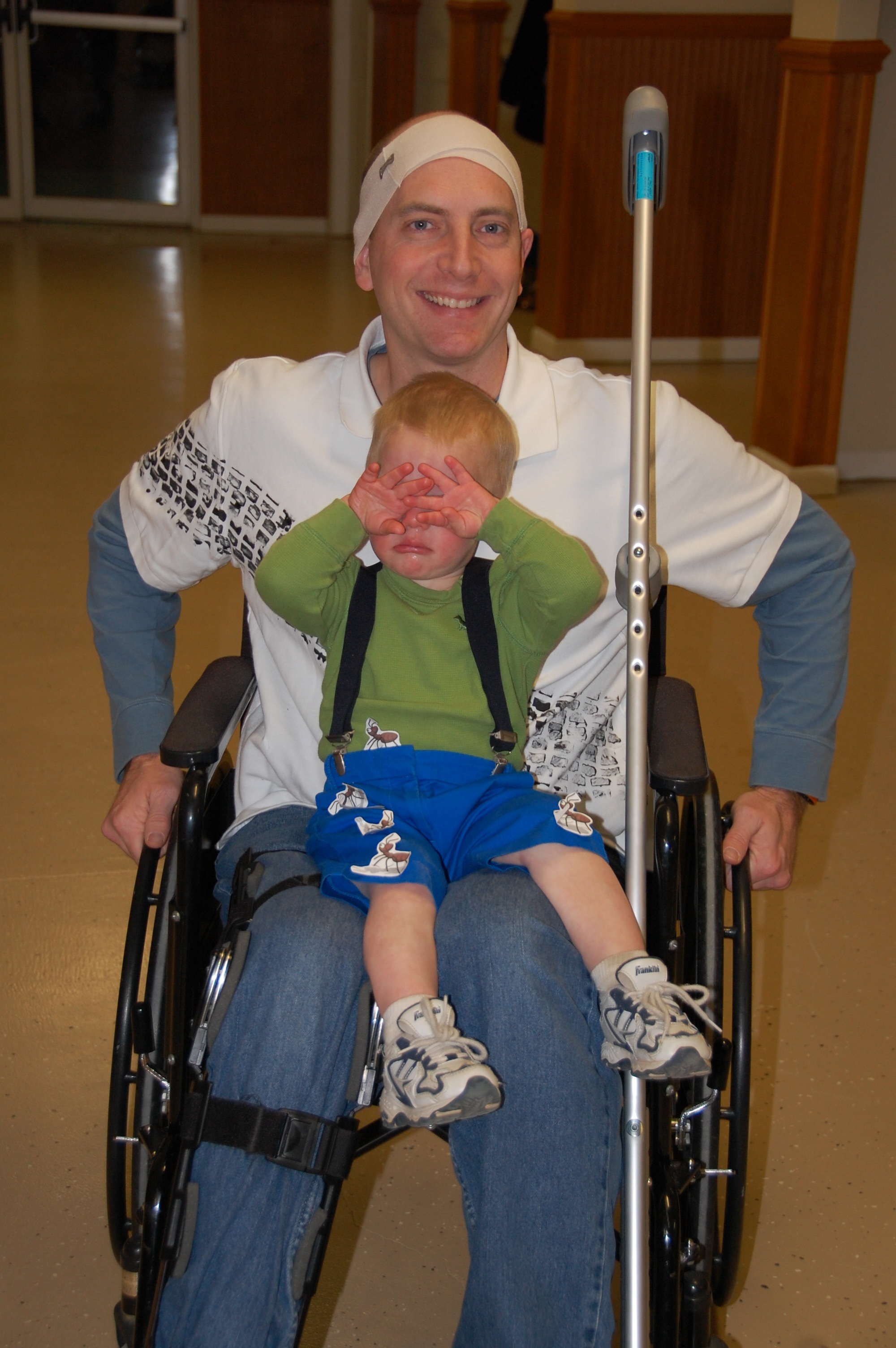 Chester with the rest of his costume, Kolby-Ants In Your Pants (poor guy wasn’t enjoying the costumes 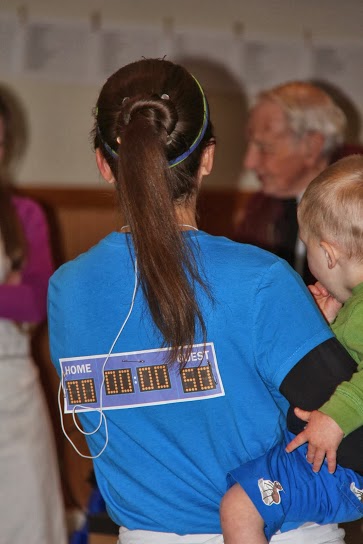 I dressed up as “running out of time.” (photo credit-Shauna) 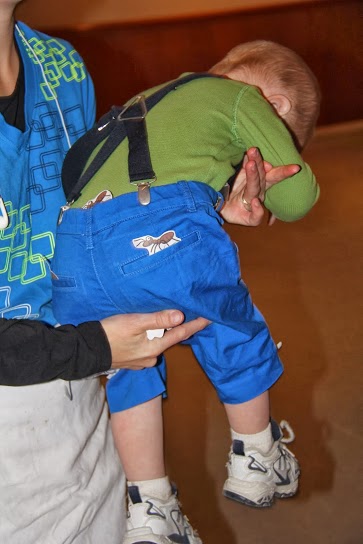 I never got a good picture of Kolby as he was embarrassed and also not sure of all the costumes. He was ants in his pants. I pinned ants all on his pants. 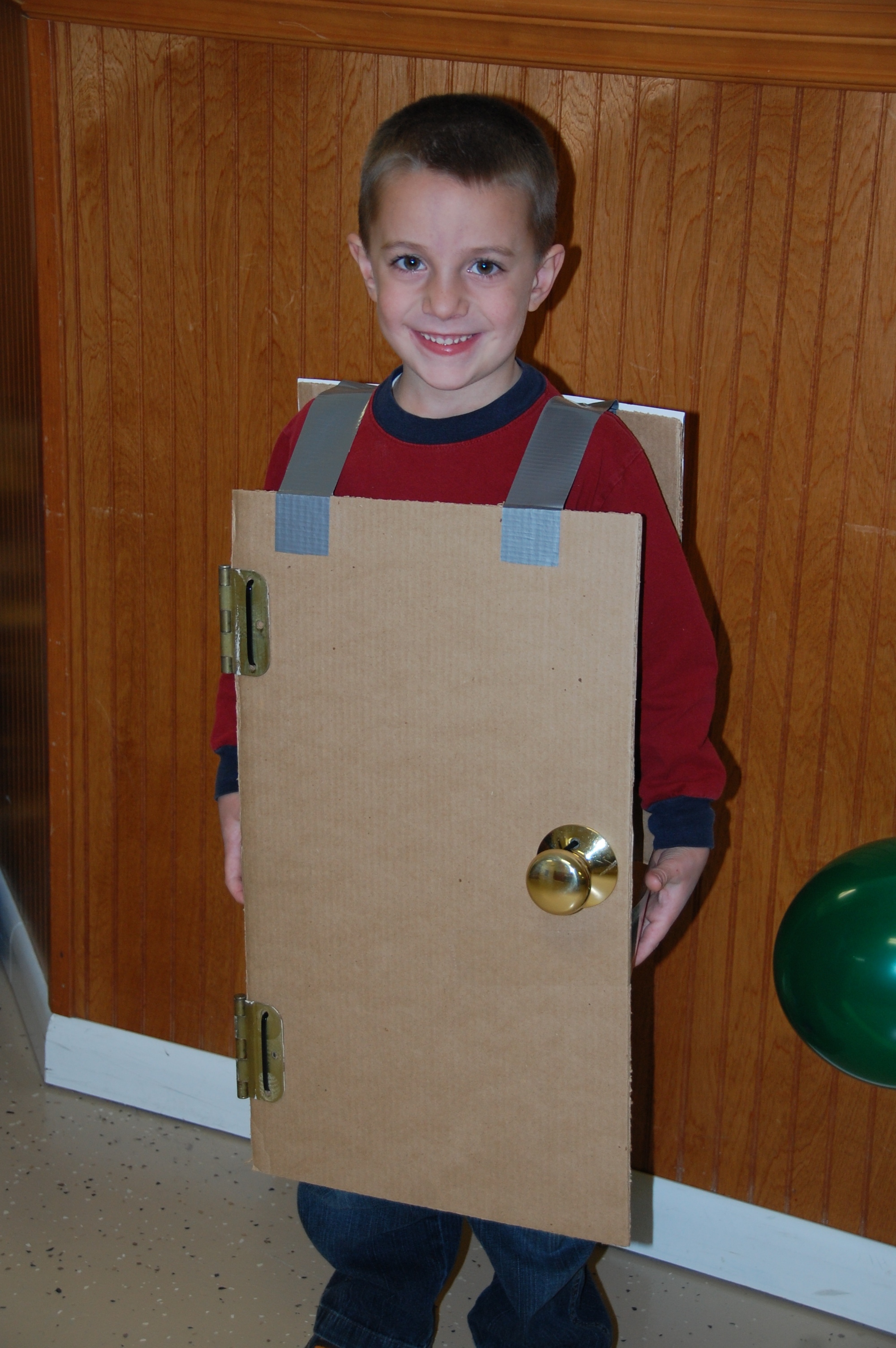 The Front of Bryant’s costume 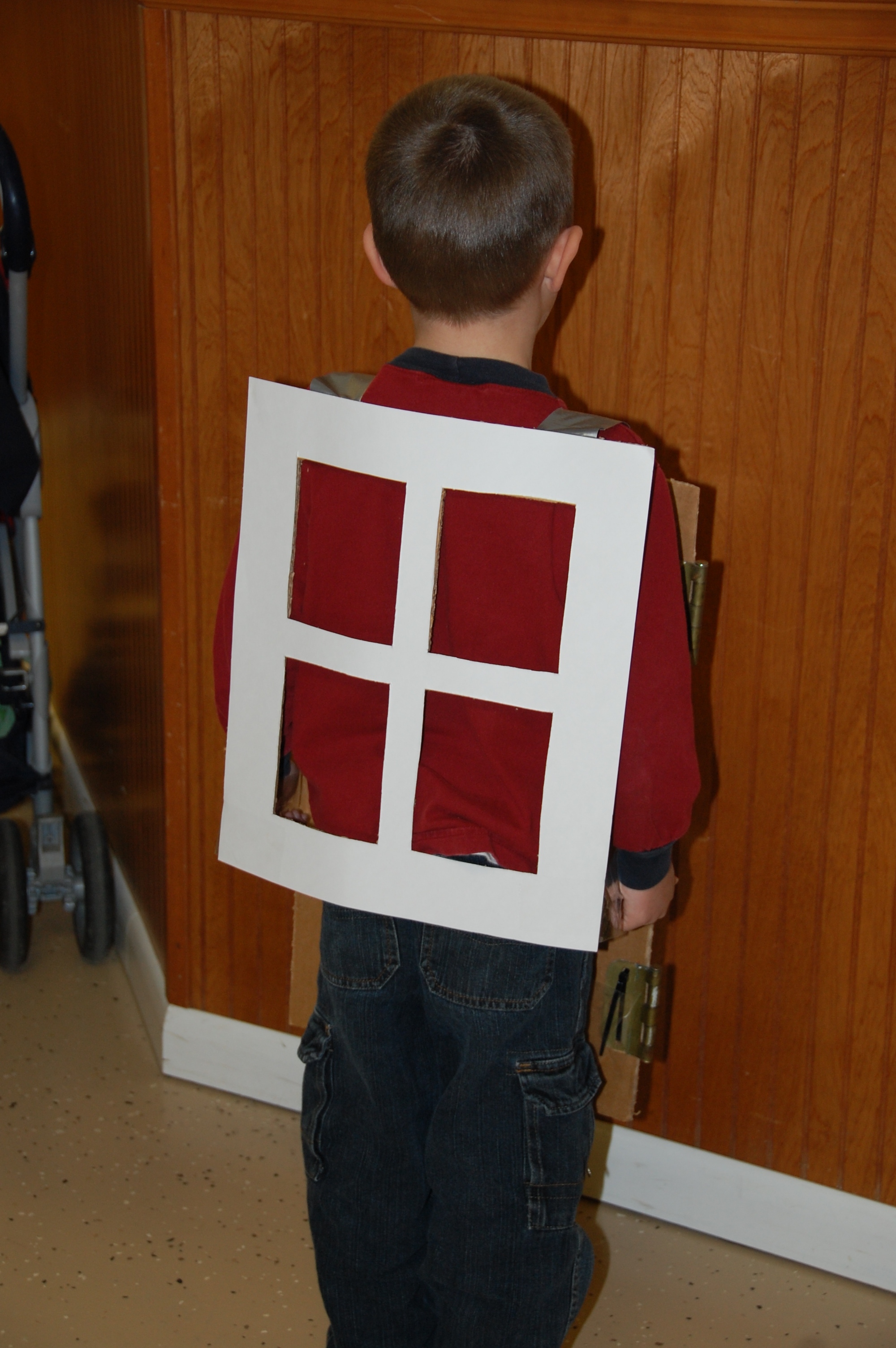 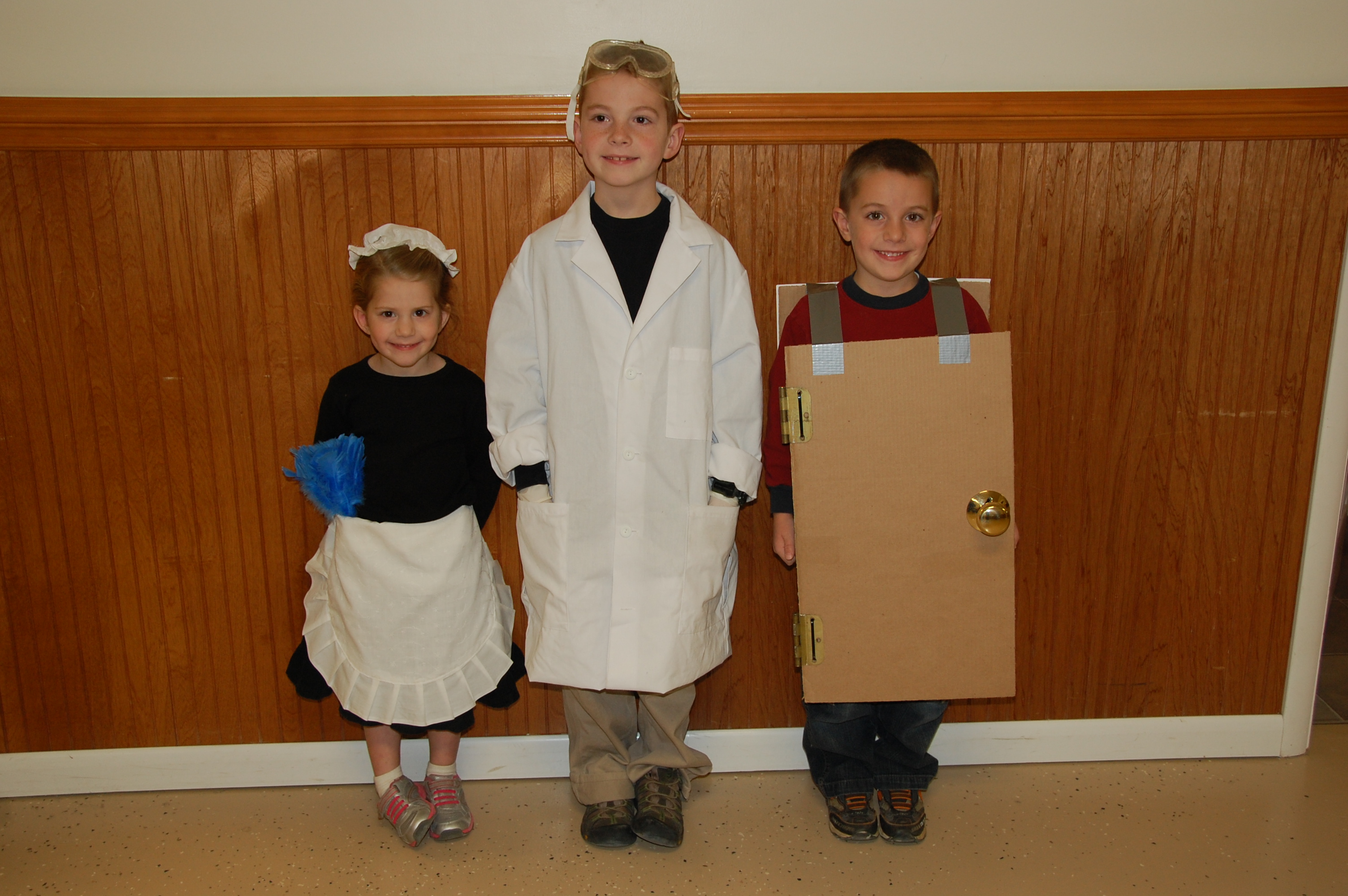 Kaylin-Waiting for the Dust to Settle, Cooper-It’s Not Rocket Science, Bryant-Better Door Than a Window 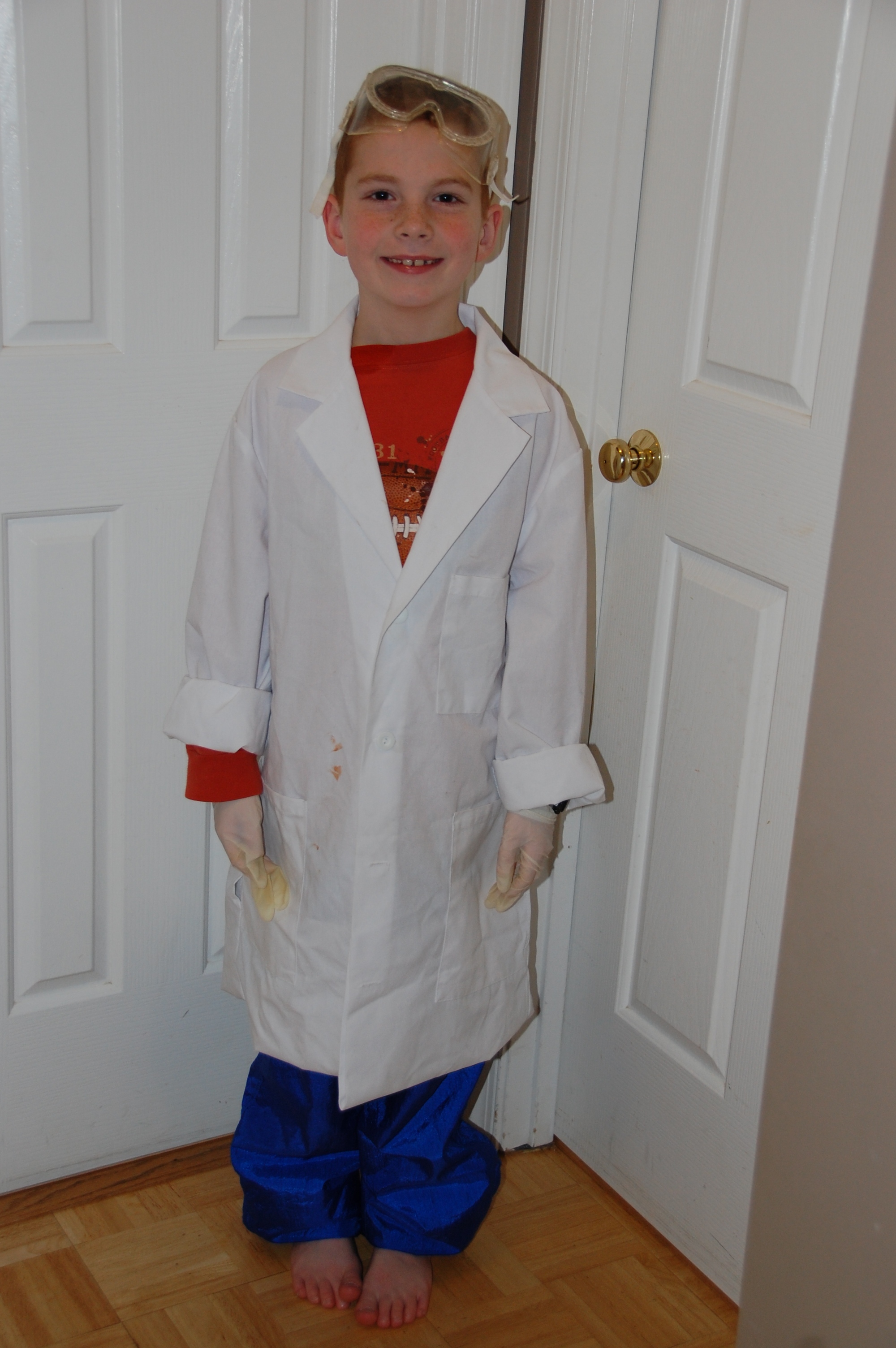 The front of Cooper’s costume. 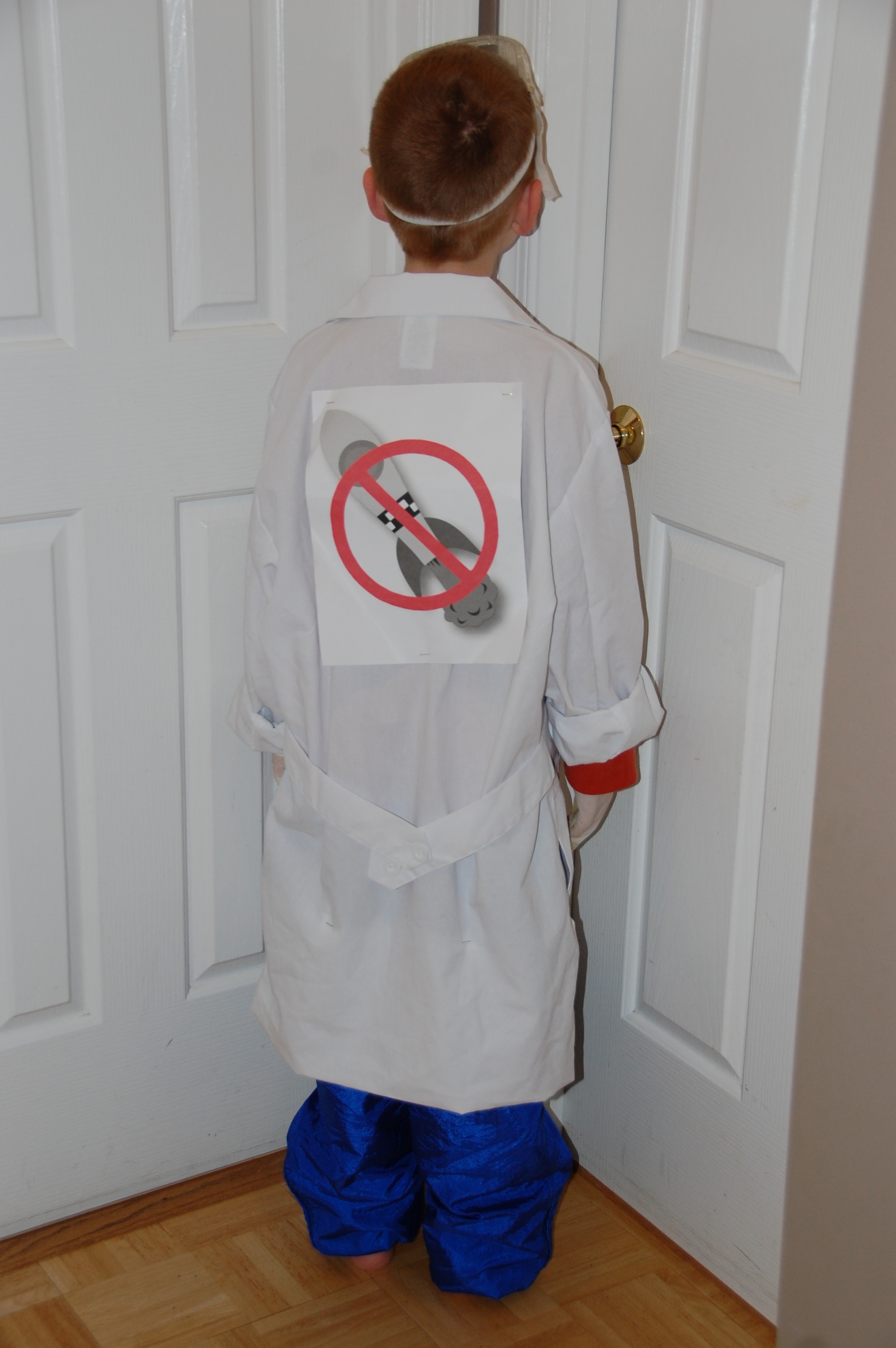 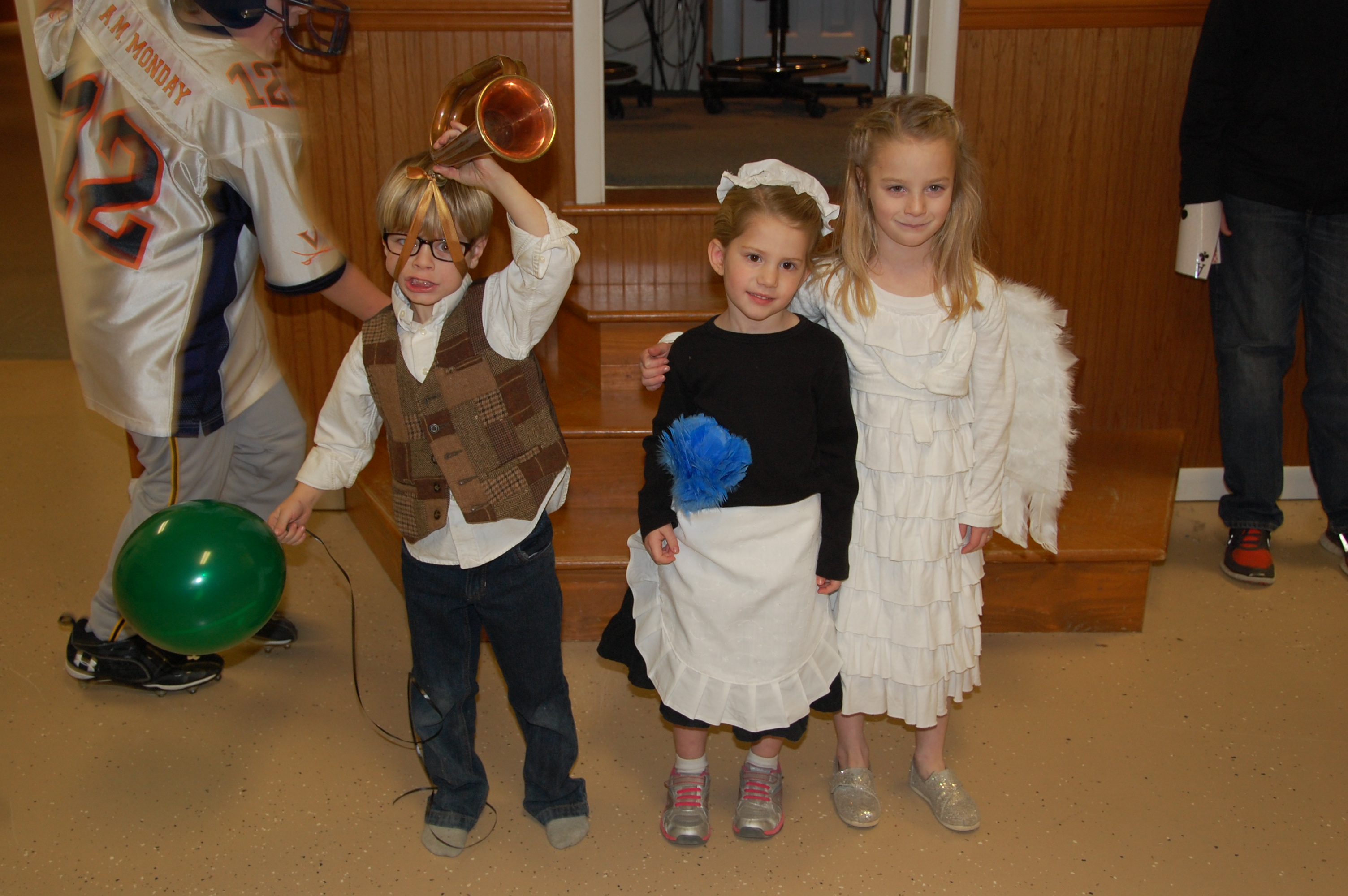 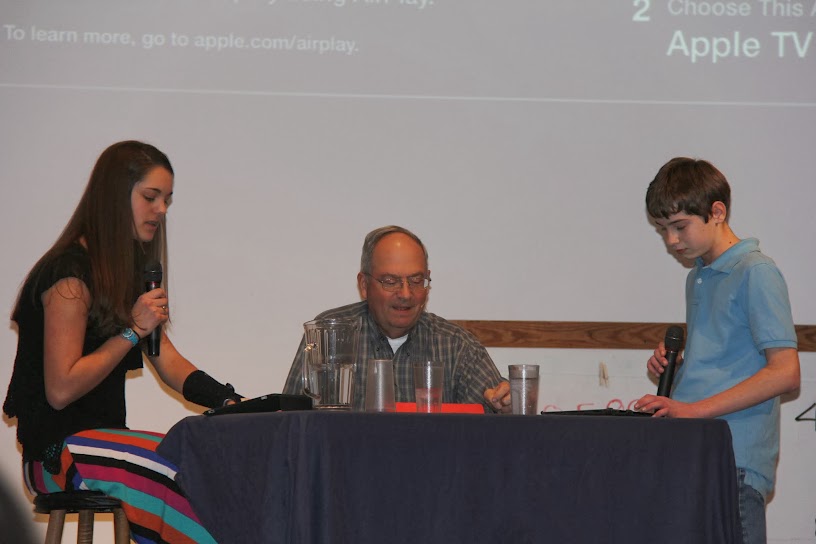 We did a countdown and shot confetti cannons at midnight, then clean up began. We had lots of fun and there was lots of mess to clean up. Robby & Abby and us were the last to leave at 1:30am. Thanks for all your work everyone! Good-night! (or morning as the case was) Sorry I didn’t get more pictures. It was hard to get pictures while serving and running games and taking care of kids. 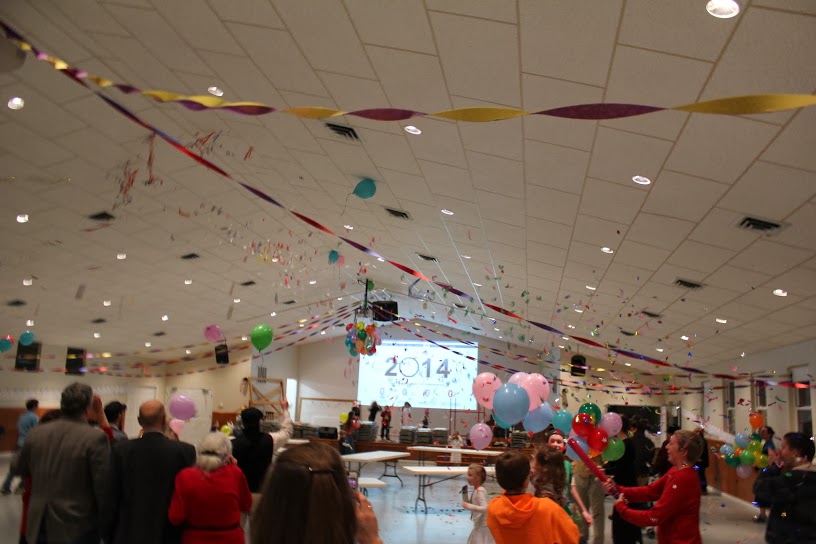